COVID-19, economy, healthcare, others crucial in 2020 US election – Etse Sikanku 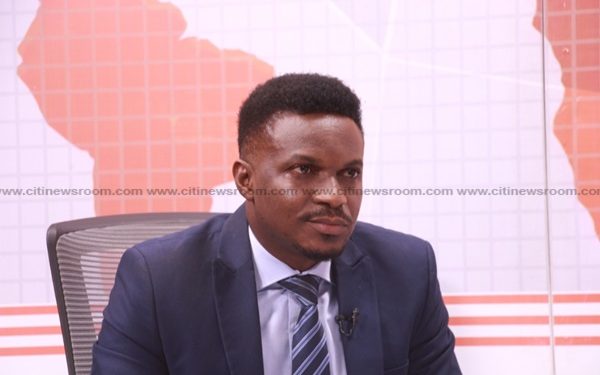 Some key factors have been identified as critical in determining who gets elected as President of the United States (US) on November 3, 2020.

The US economy, health issues particularly abortion, appointments to the Supreme Court and the outbreak of COVID-19 stand out as influencers of whether or not the Republican’s Donald Trump or the Democrats’ Joe Biden emerges winner of the polls.

Discussing the dynamics of the US election on Citi TV’s, The Point of View on Wednesday, a political communicator and lecturer at the Ghana Institute of Journalism, Dr. Etse Sikanku indicated that voters in this year’s polls are very much likely to deeply assess the impact of these driving factors before giving their votes to any of the two candidates.

“The main thing and number one in this election is the economy. If you follow American politics for a while, you will know that the economy is one of the highest indicators of this election is the economy. Number two is healthcare because of its cost in the US. There was OBAMACARE which was trying to make healthcare accessible to a lot of people and the Republicans hated it and said they were going to repeal it. The third thing is the Supreme Court appointment. It is so because of the rational-legal system. The Supreme Court is divided along ideological lines and because of how social life in America is based on strictly legal stuff. It’s big because they know that whoever controls the Supreme Court has an important opportunity to determine the character of the country for a very long time. The fourth is how the US handled COVID-19.”

On the same program, Director of Graduate Studies, University of Iowa School of Journalism, Prof. Lyombe Ekohe who backed these same considerations also added Hispanic immigrants as one of the determinants although he believes, China has no significant say in the polls due to Donald Trump’s cold relationship with the Asian country.

For him, “important issues that drive the election are the economy which has been devastated by COVID-19 and especially, the lockdown. It is an issue in the election because some people believe that Biden wants to have a national policy to ensure that the pandemic is addressed. So this a big political issue because of how Trump handled the pandemic. There is also the perpetual issue of abortion and the appointments to the Supreme Court. It is a very emotional issue because the Republicans who are against abortion hail this appointment. Also, there is immigration. Foreign policy is a bit stale in this election because of China; COVID-19 and the fact that Trump has stood up against China more than any other President. I think these are the issues.”

On his part, Prof. Wayne Wanta of the Department of Journalism, University of Florida on the show disclosed that it is currently difficult to predict the winner of the elections given the dynamics and complex nature of the prevailing issues at hand.

But he thinks, the Coronavirus pandemic, fiscal and economic policies as well as abortion and social intervention programs will massively feature on the minds of electorates.

“The driving issues depend on a number of things because it’s hard to predict how someone is going to vote especially in this election because there are some issues more polarizing than we have in the past. Coronavirus is a wonderful example. The lockdown was not popular with most people and I think that will affect Trump because he has been seen to have failed to protect the US population. The ownership of the economy is also an issue because unemployment is high in the US. The Democrats are not going to have issues with social programs because a lot of people believe the government is throwing a lot of dollars in deficit. There are other issues such as abortion”, he opined.