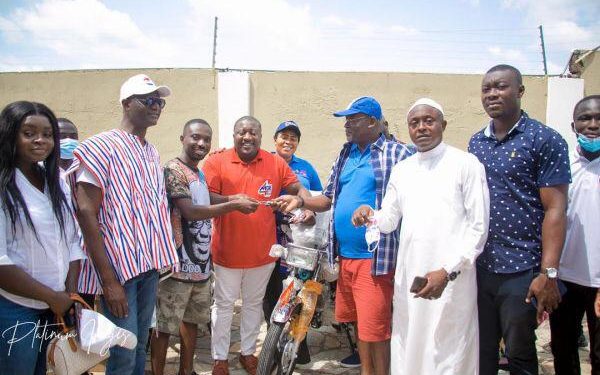 The donation took place at a mobilization forum organized by the Eastern Regional Youth wing in Koforidua over the weekend.

The items donated are worth tens of thousands of Ghana cedis. The items included motorcycles, hand sanitizers, nose masks, mosquito nets and other important campaign logistics.

According to Mr. Dennis Aboagye, this gesture is at the core of his resolve to support the NPP, particularly the youth, to help realize the party’s ultimate political goal of winning the 2020 general elections overwhelmingly. 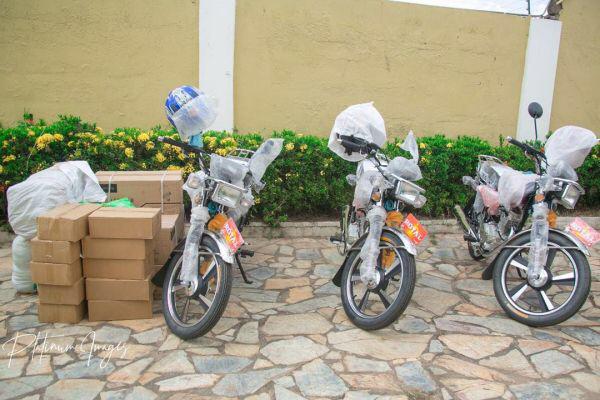 “I believe that the electoral success of the NPP is largely dependent on the strength and preparedness of its youth and one effective way to position them for the battle ahead is to resource and empower them to function,” Mr. Aboagye said.

Receiving the donation on behalf of the NPP youth, the National Youth Organiser of the NPP, Henry Nana Boakye, popularly known as Nana B commended Mr. Aboagye for his undying love and absolute commitment to the party, especially the youth stating that “you have been a blessing to the NPP youth and your political exploits coupled with your selflessness will enable you to scale greater heights. We are very grateful for your kind gesture”.

The Eastern Regional Youth Organiser has since Friday launched himself and his party youth into every corner of the region to canvas for votes for the party as they seek to annex more seats for the NPP and also increase the votes of the presidential candidate, Nana Addo Dankwah Akufo-Addo in the upcoming polls.