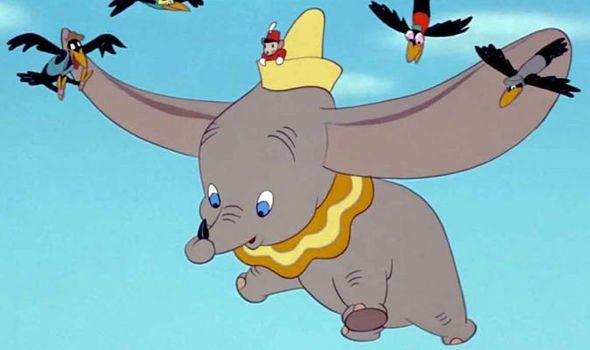 Disney has slapped racism warnings on some of its most iconic movies including Peter Pan and The Jungle Book.

Viewers are now alerted to sensitive scenes involving what it perceives to be racial or outdated ethnic stereotypes.

A disclaimer reads: ‘This program includes negative depictions and/or mistreatment of people or cultures.

‘These stereotypes were wrong then and are wrong now. Rather than remove this content, we want to acknowledge its harmful impact, learn from it and spark conversation to create a more inclusive future together.’

In June Sky plastered ‘outdated values’ disclaimers on 16 of its films as recent as the 2016 remake of the Jungle Book.

Movies to include the warning are 1970 musical comedy The Aristocats, 1955 canine love story Lady and the Tramp and 1960 adventure Swiss Family Robinson.

In relation to The Aristocats – a film about a group of musical felines – Disney warns viewers about a scene where one of the cats, who is voiced by a white actor, chants out stereotypical Chinese ‘words’ while playing the piano with chopsticks.

Meanwhile Peter Pan viewers are warned that Native Americans Indians are referred to as ‘redskins’.

Disney claim scenes in which Peter and The Lost Boys dance in native American headdresses are a ‘form of mockery and appropriation of Native peoples’ culture and imagery.’

The Jungle Book, a 1967 adaptation of Rudyard Kipling’s novel, has also been highlighted, namely for its depiction of the ape King Louie, which has been accused of perpetuating a stereotype of African Americans.

Elsewhere 1941 release Dumbo comes under fire for its references to racist segregationist laws in the deep south, as well as its use of affected African-American voices.

The lead crow in the film is also called Jim Crow – a reference to the segregation laws in late 19th and early 20th Century America.

Lady And The Tramp has been placed on the list due to its perceived stereotyping of Asians courtesy of Siamese cats Si and Am, while a dog pound features canines with largely ethnic names and accents, including Mexican and Russian.

Disney’s warnings are understood to be part of an ongoing review carried out by the company across its extensive back catalogue of films.

Disney+ has also made the decision to completely overlook certain features, among them controversial 1946 film Song Of The South.

Set on a plantation during America’s Reconstruction Era, the film has never been given a DVD or video release in the United States due to its distasteful handling of race.

Writing for the The Afro-American following its release, reviewer Richard B. Dier labelled it ‘as vicious a piece of propaganda for white supremacy as Hollywood ever produced.’

Such elements of old Disney films have frequently fanned accusations that its founder Walt Disney was racist, however this has always been denied by those who knew him.

The movie and TV industry has undergone a reckoning this past year, with the Black Lives Matter movement forcing companies to review historic content on their platforms.

Sky Cinema, the broadcasting giant’s movie service, in June issued a disclaimer to its subscribers that some of its content ‘has outdated attitudes, languages and cultural depictions which may cause offence today’.

Sixteen films have the warning, including The Goonies, Aliens, Dumbo, Gone With The Wind, Lawrence of Arabia, Tropic Thunder, The Jazz Singer, The Littlest Rebel, The Lone Ranger, Balls of Fury and The Last Samurai.

Other TV shows and films were taken off streaming services or had warnings added, most notably when Little Britain most notably pulled from Netflix, BBC iPlayer and BritBox in a row over blackface characters.

In the wake of BLM protests, The Simpsons also said that it would no longer hire white actors to voice black characters, such as Carl and Apu.