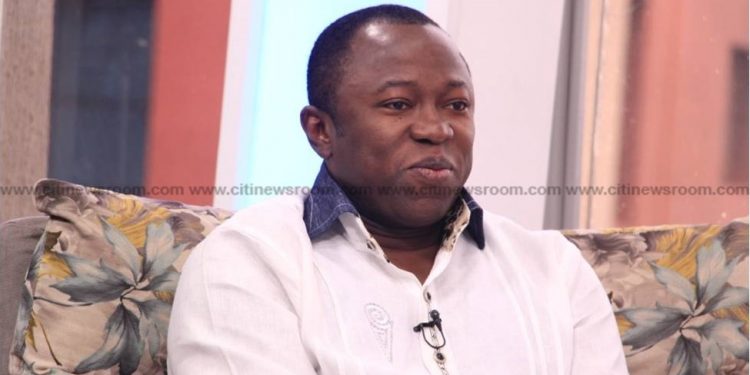 He assumed office on Monday, October 5, 2020, according to a statement from the hospital.

The statement was signed by Jerry Ahmed Shaib, acting Board Chairman of the hospital.

“The Board of Directors of the Korle Bu Teaching Hospital is pleased to announce the appointment of Dr. Opoku Ware Ampomah who has assumed the position of Chief Executive Officer of the Hospital with effect from 5th October 2020.”

Dr. Opoku Ware Ampomah’s appointment was first announced in a statement from the Presidency on September 4, 2020.

“The President of the Republic has nominated Dr. Opoku Ware Ampomah for appointment as the Chief Executive of the Korle-Bu Teaching Hospital.”

The Presidency further directed the Minister of Health, Kwaku Agyemang-Manu, to take the “necessary steps to regularize the said appointment in accordance with the relevant provisions of the Ghana Health Service and the Teaching Hospitals Act, 1996 (Act 525).”

Dr. Ampomah takes over from Dr. Daniel Asare whose tenure of office ended on September 3, 2020.

Below is the press statement 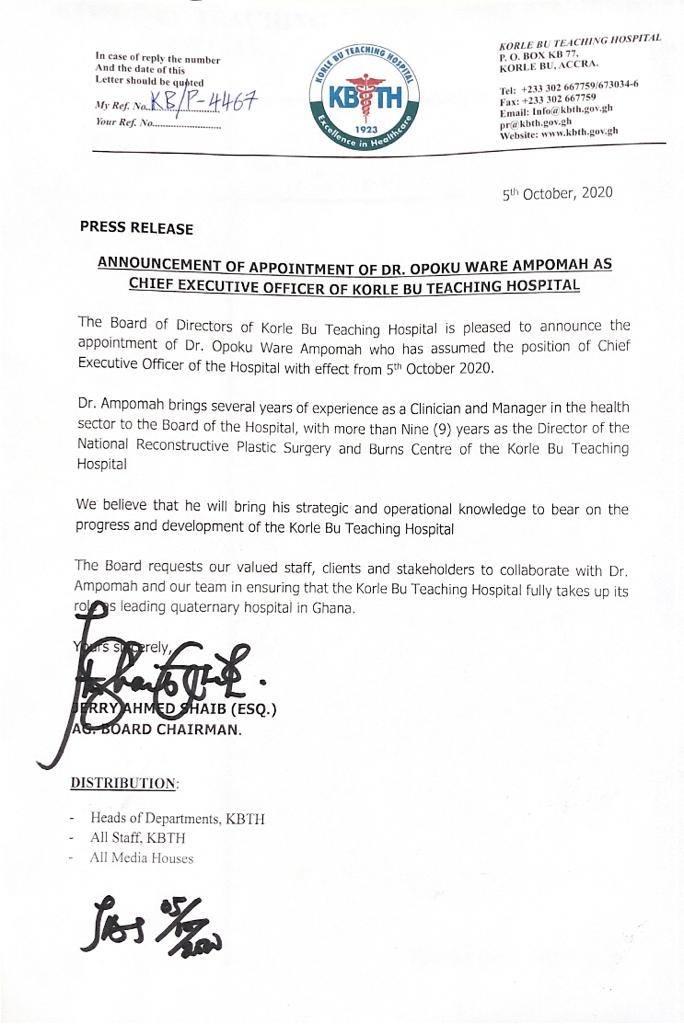 With sponsorship from International Reconstructive Plastic Surgery (now Resurge Africa), a Scottish charity that aims at training and equiping surgeons in West Africa to carry out Reconstructive Surgery without the need of overseas financial or personnel help, he undertook further postgraduate training in Plastic Surgery from December 2005 to March 2008 at the renowned Canniesburn Plastic Surgery Unit of the Glasgow Royal Infirmary in Scotland.