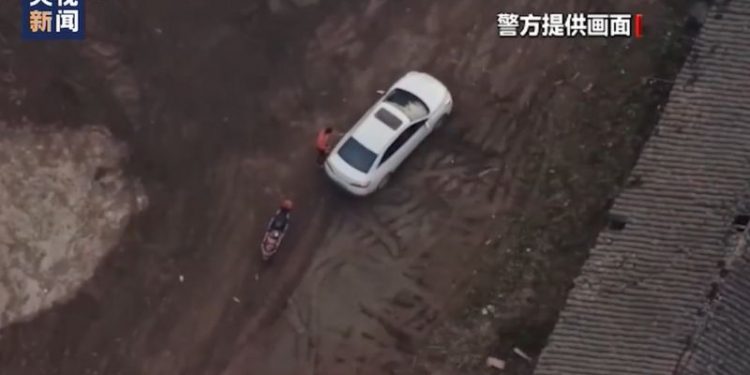 Police in China have used a drone to capture footage of an alleged drug deal taking place.

A video shared with state-controlled broadcaster CCTV showed the suspects being remotely tailed before officers moved in to make arrests.

Reaction on local social media was divided. Some suggested there was “nowhere left to hide”.

Others said drones should be fitted with weapons to help tackle other cases of criminality.

Privacy rights advocates have raised concerns about the speed at which the UK and other Western nations have embraced other forms of surveillance tech.

The drone operation led police to an abandoned brick factory in the southern city of Guilin, reported regional media.

The video showed the suspects exchanging what police say were illegal drugs.

The footage was live-streamed to nearby police, who then moved in.

“It’s particularly worrying that the UK and China are almost neck-and-neck in the race to monitor citizens with new tech,” she told the BBC.

“We’ve even seen drone surveillance deployed over England’s beauty spots during the pandemic to spy on walkers.

“It’s clear that Parliament needs to legislate to control police use of drone surveillance.”

Many users showed little sympathy for the suspects, with some going as far to suggest that drones should be used to “execute” drug dealers caught in the act.

However, others voiced concerns about the Chinese government having “eyes in the sky” at all times.

In September 2019, a fugitive who had been on the run for 17 years was reported to have been discovered by a drone. He had been living in a cave in the southwestern Yunnan province.

The Covid-19 pandemic has also fuelled a rise in the use of drones.

They have been used as a method of public-shaming across China, with loud public warnings playing when members of the public are spotted not wearing a face covering.

Similar methods have also been employed in European countries including Spain, where drones were used to enforce movement restrictions.