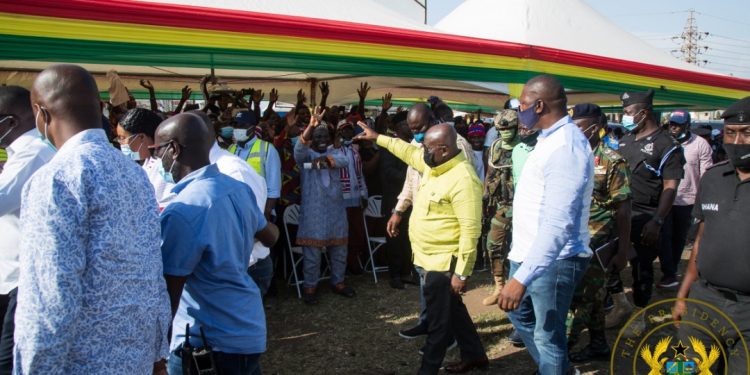 The project, which will cost some €256 million and is being constructed by INZAG GmbH of the Federal Republic of Germany will be completed in 30 months. 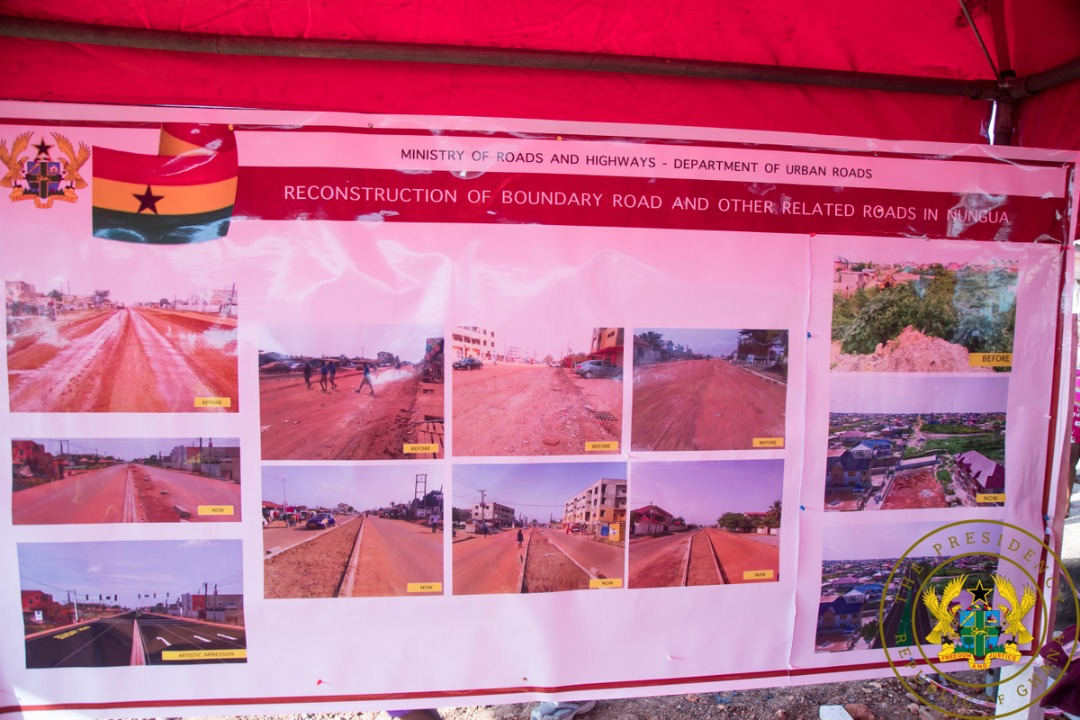 The project involves the construction of a two-lane dual carriageway and two-lane services roads from Ashaiman to Sebrepor. 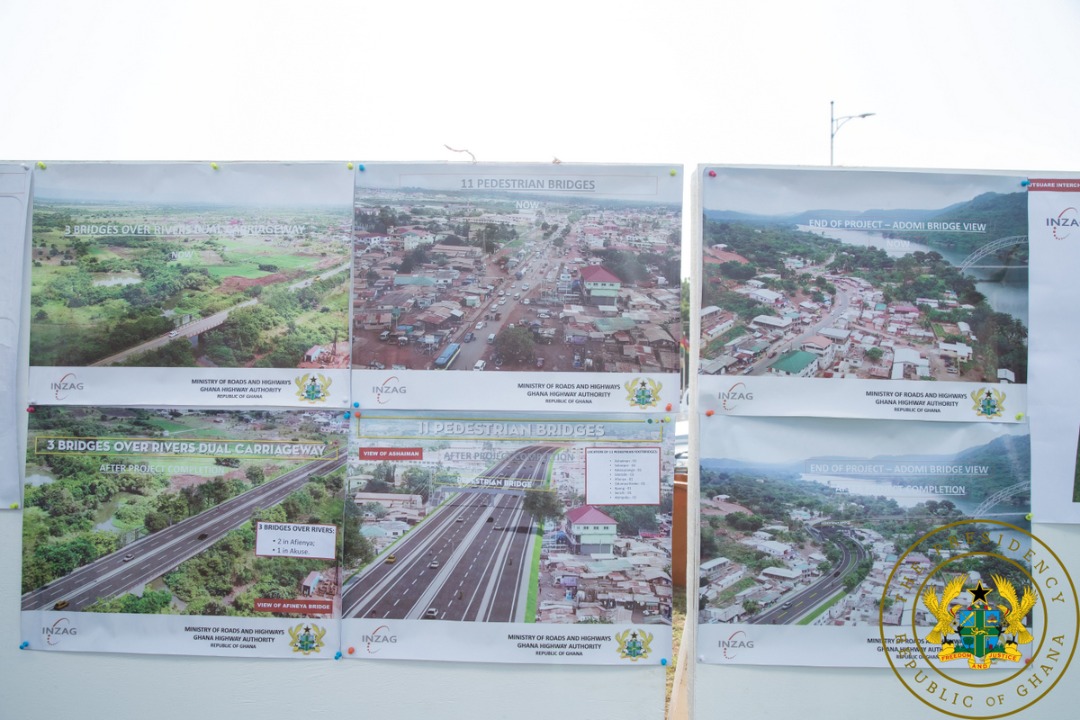 The contractor also informed President Akufo-Addo that there would be 3 bridges, a flyover at Ashaiman, an interchange at Asutuare, and the construction of eleven footbridges at various locations along the stretch.

The President also inspected work on the Accra-Tema 26.6 km road project, which cost an estimated $100 million.

The project is expected to be completed in 24 months and is being undertaken by Messrs Gansu International Corporation and Messrs China Major Bridge Engineering Company Limited. 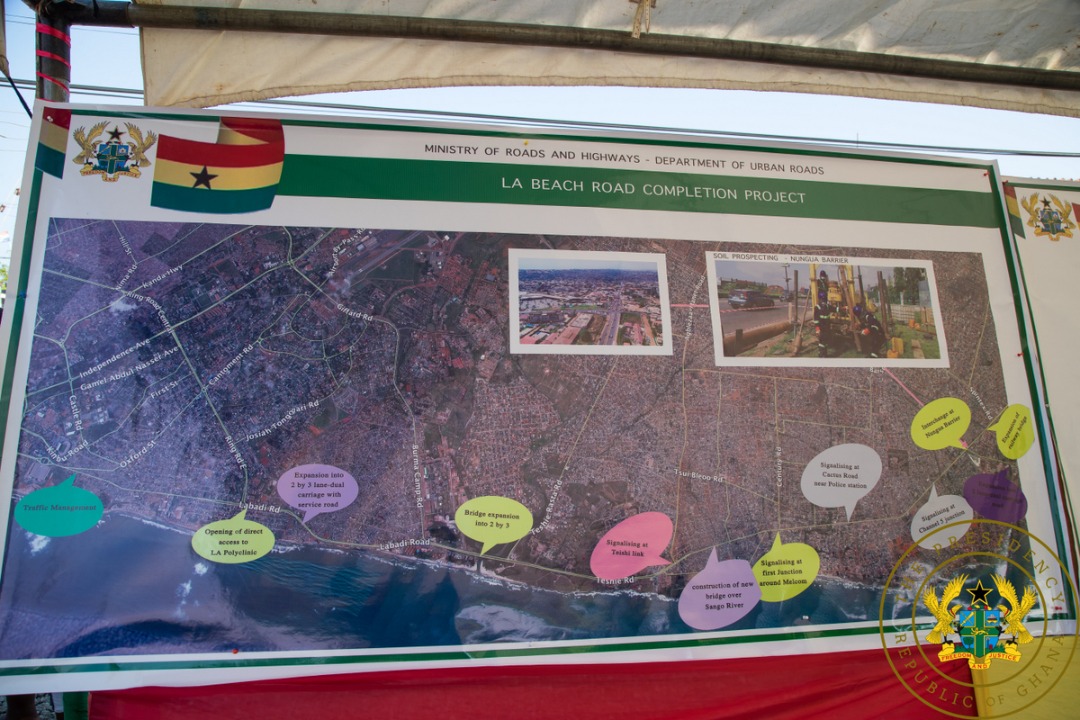 The first lot of 16 kilometers begins from the Independence Arch to Nungua, while the second lot of 10.6 kilometers continues from Nungua, and terminates at Tema Community 3.

There will also be a three-tier interchange at the Nungua barrier to address congestion problems road users are experiencing.

Once completed, this road will serve as the primary link that gives access to communities such as Osu, La, Teshie, Nungua, Sakumono, and Tema Harbour.