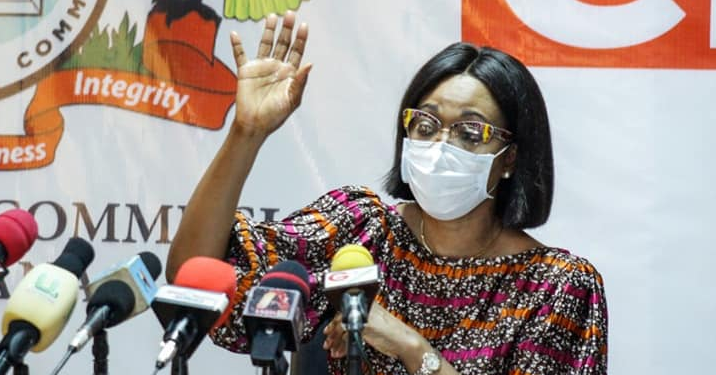 The Electoral Commission will from Tuesday, October 20 and Wednesday, October 21, 2020 receive nominations for the Mfantseman constituency in the Central Region.

The reopening of the nominations has become necessary as a result of the demise of the New Patriotic Party (NPP) parliamentary candidate for the Mfantseman constituency, Ekow Hayford.

The regulation states that “where at the close of nominations, but before the election, one of the candidate dies, a further period of 10 days shall be allowed for nominations.”

In this regard, the Electoral Commission is extending the nomination period for the Mfantseman constituency of the Central Region to allow for the replacement of the candidate.

“Any person who intends to contest for the Parliamentary Election should send his or her filled Nomination Form to the Returning Officer of the Mfantseman constituency, at the Mfantseman District Office of the Electoral Commission. The Returning Officer shall receive all Nominations between the hours of 7.00 am and 5.00 pm on both days”, the electoral management body said in a statement.

The Member of Parliament for the Mfantseman and the parliamentary candidate, Mr. Ekow Hayford was killed by unknown assailants believed to be armed robbers last week when he was returning from a community engagement.

The leadership of the New Patriotic Party (NPP) branch in Mfantseman has selected Mrs. Ophelia Hayford, the wife of Ekow Hayford, the late legislator, as the party’s parliamentary candidate for the constituency in the upcoming polls.

According to the NPP, it is the cry of the grassroots of the party for the wife to lead into the 2020 elections.

Mr. Nuako said the party is of the view that the choice is one that would be accepted by all and will not bring division in the party.

He said the party believes Madam Ophelia Hayford is the right candidate to retain the seat for the NPP in the Mfantseman constituency.

“It is true that Mrs. Ophelia Hayford has been confirmed by the party as the successor of the late MP. So it is official that she is representing the party for Mfantseman constituency. For every successful man, there is a woman behind him and how the Ophelia has been supporting the husband, we in the party know, in terms of logistics and everything and that is the reason why we chose her but not because that the husband is dead,” he noted.