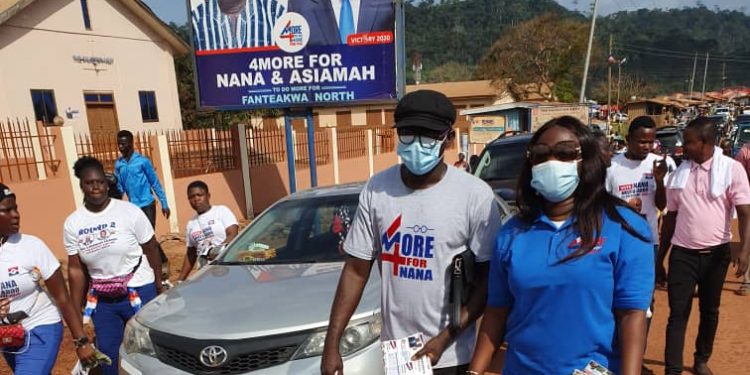 A Deputy Attorney General and Minister of Justice, Mr Godfred Dame, has called on the people of Fanteawa North in the Eastern Region to vote massively for Nana Addo Dankwa Akufo-Addo and the New Patriotic Party (NPP) in the December 7 general elections.

According to Mr Dame, the performance of Nana Akufo-Addo and the NPP government in these three and half years had proven that the party is the only one that knows the needs of the people. 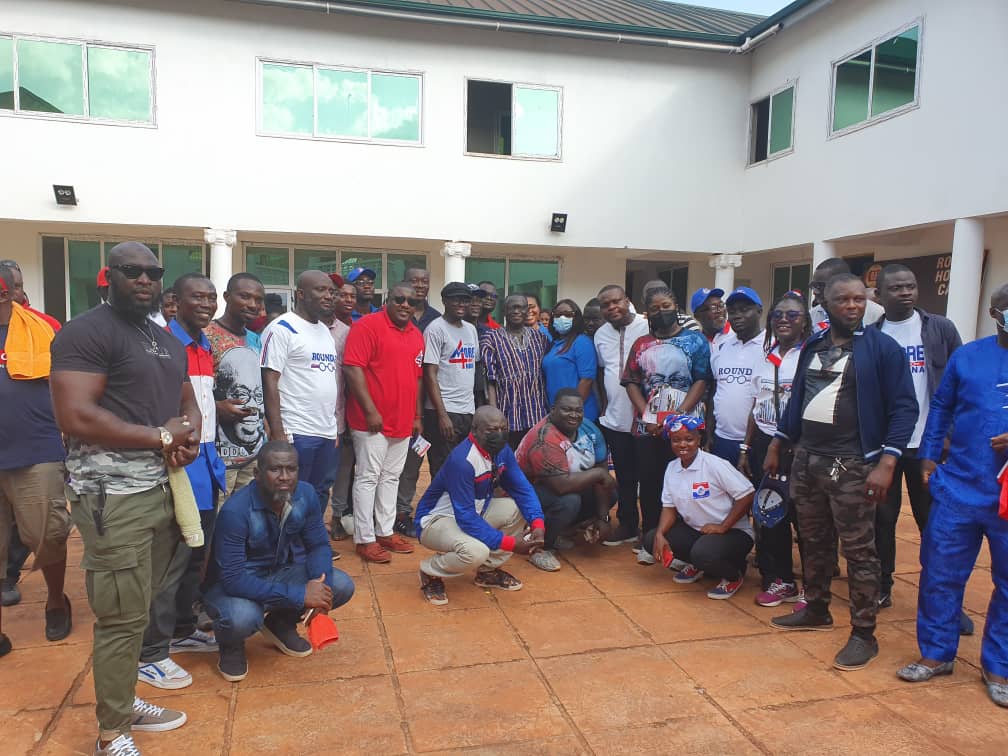 He made these statements at Fanteakwa as the special guest of honour at the Eastern Regional Youth Wing programme dubbed ‘Boots on Ground.’

Mr Dame was together with the National Youth Organiser, Member of Parliament for Fanteakwa North and leading activists of the party on a walk through the Market and principal streets of Begoro.

The event was climaxed with a visit to the Omanhene’s Palace. 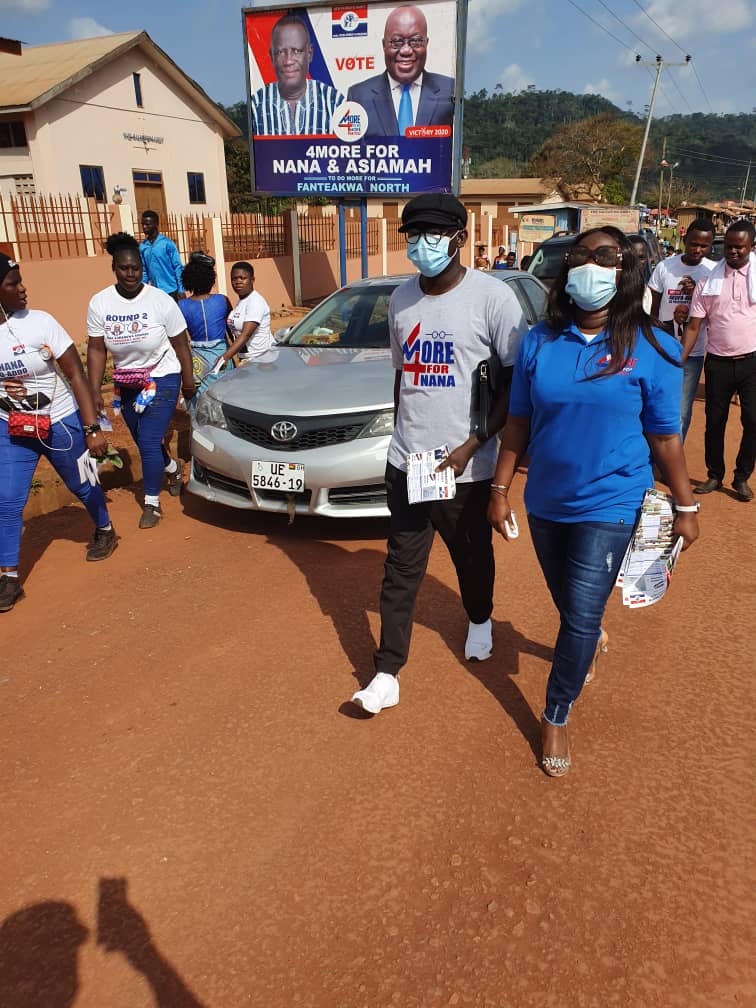 The Omanhene gave his blessings for the activities of the NPP aimed at garnering support for the flagbearer and all the MPs in the region.

At the market, Mr. Dame addressed the crowd and urged the people of Fanteakwa North “to remember the corrupt deeds of the John Mahama administration which led to the people of Ghana voting him out.”

He called on Ghanaians to remember how they suffered during Mahama’s regime.

“During his time, the nation witnessed an administration where over 60% of the nation’s known bauxite resources were giving to his brother’s company,” he stated.

The Deputy Attorney General said the nation has not forgotten about the Dzifa Attivor bus scandal, the ford expedition scandal, the “guinea fowl episode” and many more alleged corrupt acts of a crass nature committed by the Mahama administration.

“I call on you today to again reject Mahama and his National Democratic Congress at the ballot come December 7.”

He further told them Nana Akufo-Addo and his NPP government have made a difference by governing in a manner free from such scandals. 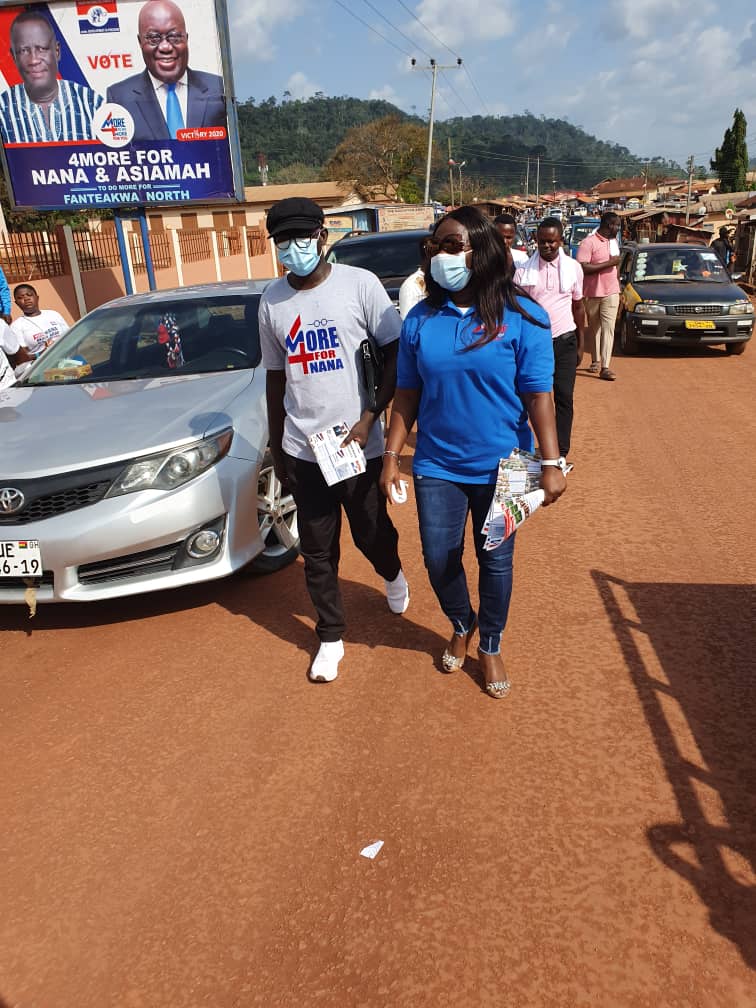 “We are reaping the fruits of good governance which is the envy of many nations in West Africa. The Free Senior High School policy, a strengthening of the Health Insurance system, free-feeding of pupils in basic schools, effective management of Covid-19, free water and electricity since the onset of COVID-19 and many more important social intervention measures attest to the soundness of his government,” he said.

He said base on this massive performance, Nana Akufo-Addo deserves four more years.