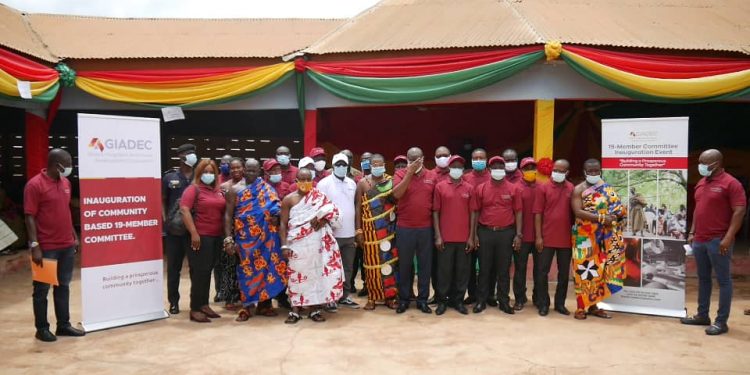 The Governing Board and Management of the Ghana Integrated Aluminium Development Corporation (GIADEC) has set up and inaugurated 19-member committee for the various bauxite communities where bauxite mining and or refineries are going to take place, thus Asiakwa (Atewa) in the Eastern Region, Awaso in the Western North Region, Nyinahini and Mpasaaso in the Ashanti Region.

With a particular focus on sustainable and development mining, members of the committees according to the management of GIADEC were carefully coopted from sections that have a direct interest in health, safety, protection of lives, preservation of the forest reserves, and development of the people. 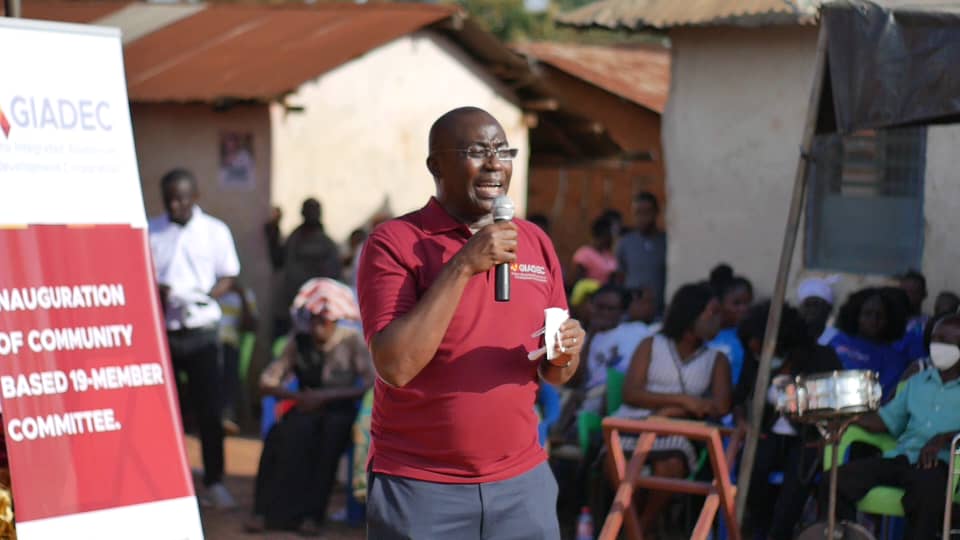 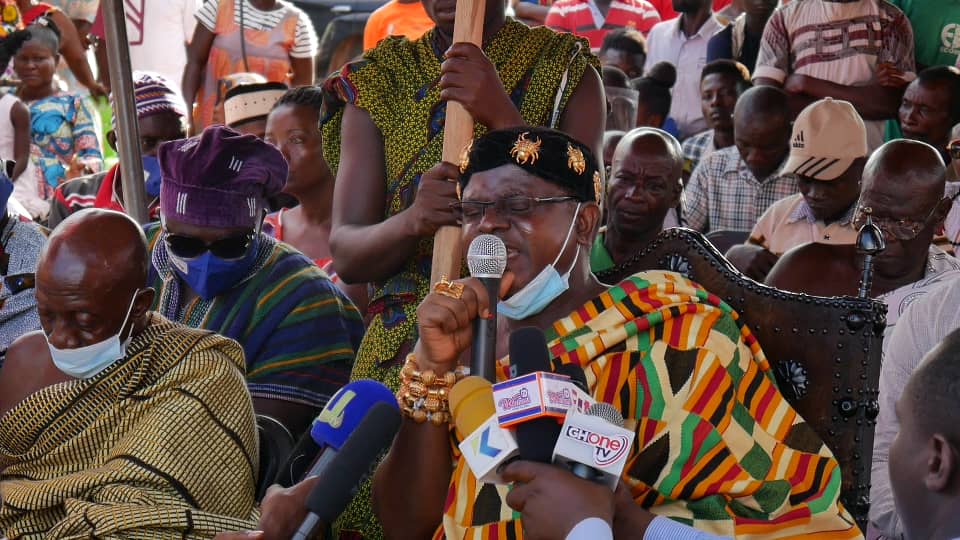 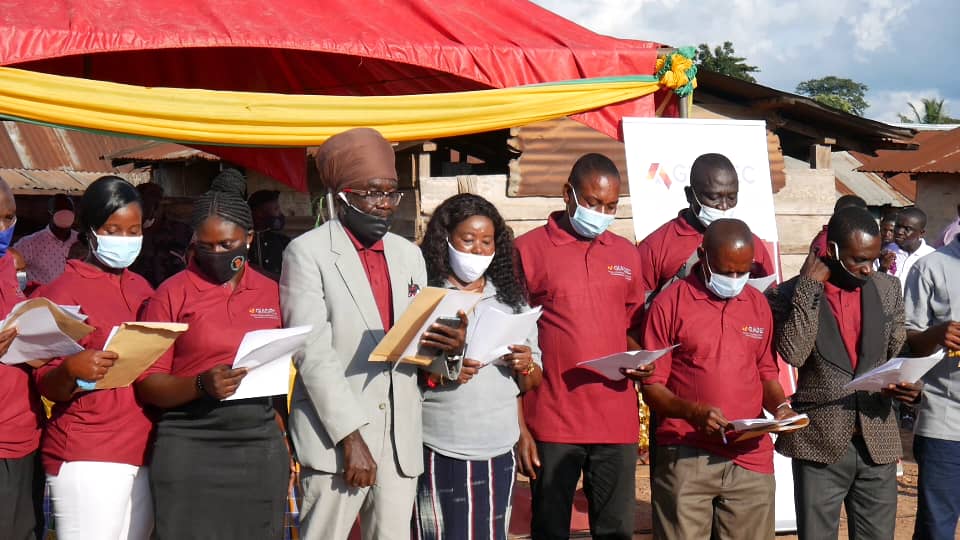 It therefore fairly represents all interest parties in the areas.

The Chief Executive officer of GIADEC, Mr. Michael Ansah, spelling out the mandate of the 19-member committee said they are to be the field managers of the corporation, liaising between GIADEC and the communities and ensuring that there is a real-time response to all concerns and activities that will arise out of the mining.

The committee is also supposed to ensure that the projects are owned by the people in all of its aspects regarding the preservation of the reserves, sustainable practices, communication, job creation, and economic and infrastructural development. 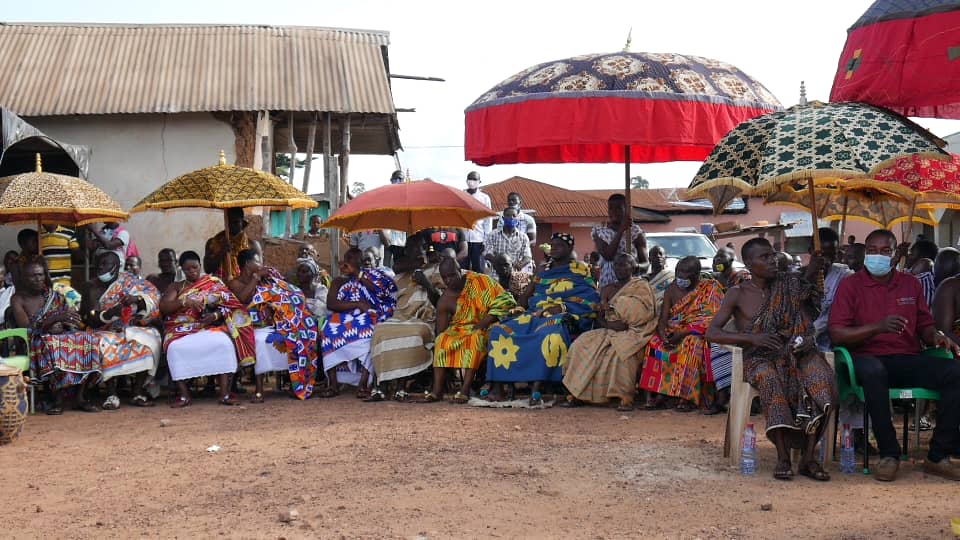 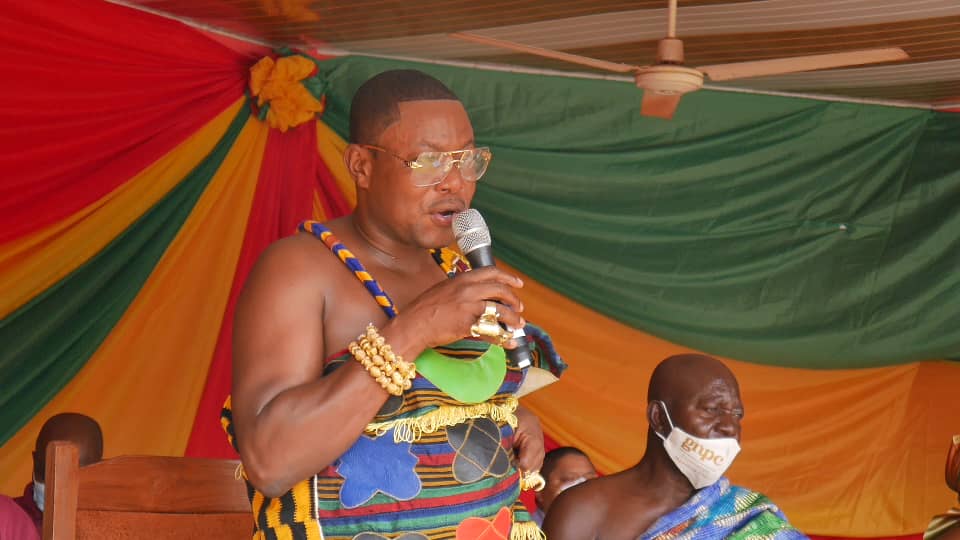 The first 19-member committee was inaugurated on Wednesday at, Atewa in the Eastern Region.

Here, the team from GIADEC led by its CEO and board members were welcomed to a durbar at Asiakwa, after they had paid a courtesy call on the queen mother of Akyem Abuakwa Okyehemaa Nana Adutwumwaa Dokuaa who is also a board member of GIADEC.

Addressing the durbar, the Okyehemaa Nana Adutwumwaa Dokuaa praised GIADEC for the measures put in place so far to ensure all-inclusive governance of the bauxite mining project in the area.

She was hopeful that this will bring the much needed jobs to her people in the communities and advised all residents to support and advocate for the growth of GIADEC. MCE for the resident municipality Akyem Abuakwa South, Honorable Kwadwo Ofori Sarpong assured the team of total government support in security, logistics, and local mobilization to ensure GIADEC’s operational success in the Municipality.

Members of the committee after the swearing-in assured GIADEC of diligence and hard work to promote sustainable mining.

The next stop was Awaso, on Thursday morning.

Awaso is a bauxite mining community in the Bibiani Anhwiaso Bekwai Municipality of the Western North Region with a history of close to 80 years of mining.

Ordinarily, people of the community and its environs would oppose any new proposals of mining with agitations and sometimes demonstrations. This is due to the lack of development in the area regardless of its contribution to the GDP. 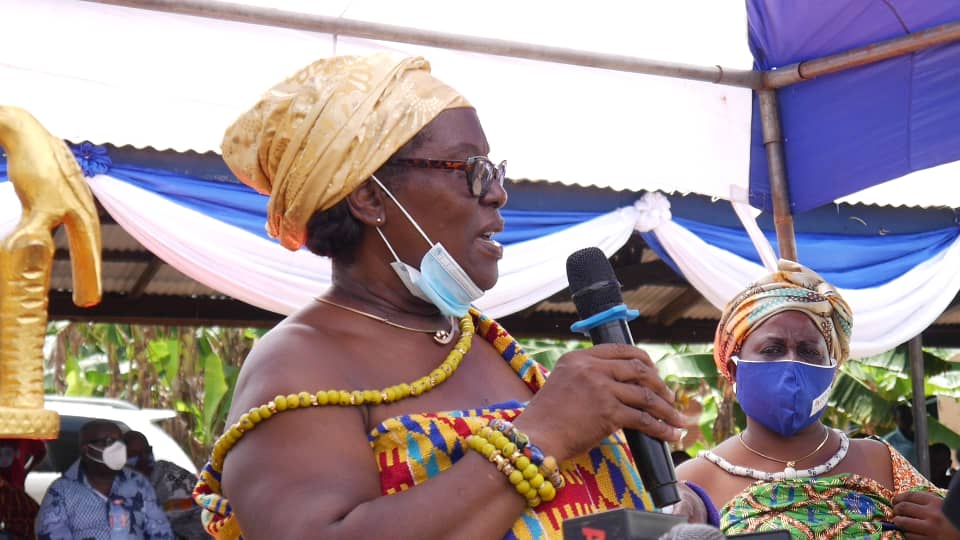 However, the team was treated to a durbar, and according to the chief and people of the area, this is premised on their faith in GIADEC and the Nana Addo-Akufo-led government to deliver on their promise.

The chief of Awaso Nana Kwame Amponsah Debrah III lamented the poverty conditions of the community and called on the government to help his people.

GIADEC on their part assured that they will not relent on the promise to make the mining beneficial to all especially the mining community.

Hon Osei Adjei, Deputy CEO of GIADEC was emphatic that local residents who qualify for any jobs within the value chain will be given the utmost priority

Nhyinahini in the Ashanti Region on Thursday afternoon was not different from Atewa and Awaso.

Two traditional Chiefs, the chief of Nyinahini, Nana Amanpene Boateng Twum, and the Chief of Nkawie

The visibly elated chiefs and people of the town praised president Akufo-Addo for his vision to reengineer the operations of bauxite mining and establish new factories to refine and smelter in Ghana.

They urged GIADEC to continue their consistent engagement with all stakeholders to sustain their success story so far.

DCE for Atwima Mponua District Hon William Darko was hopeful, that GIADEC will change the economic narrative of the District.

Members of the sworn-in Committee were also grateful to President Akufo-Addo for bringing governance down to the people. 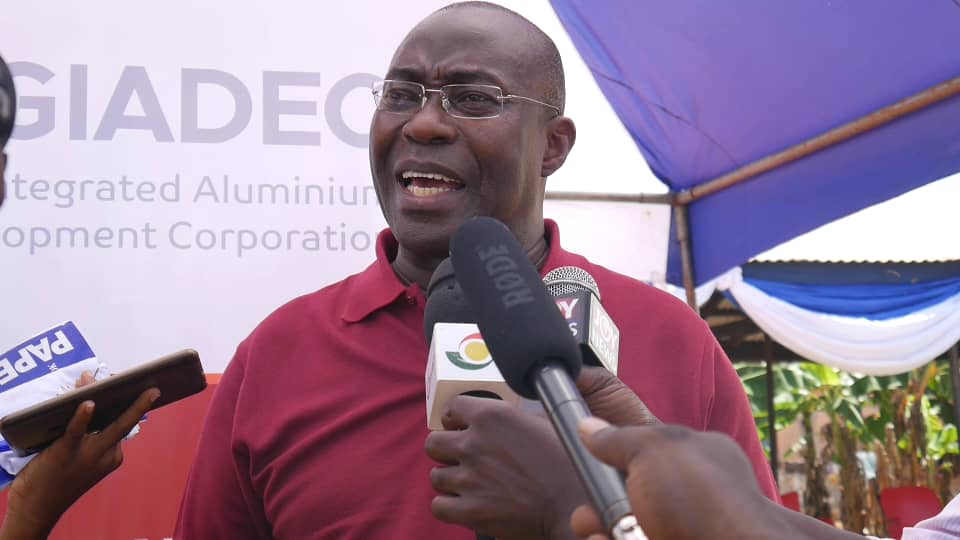 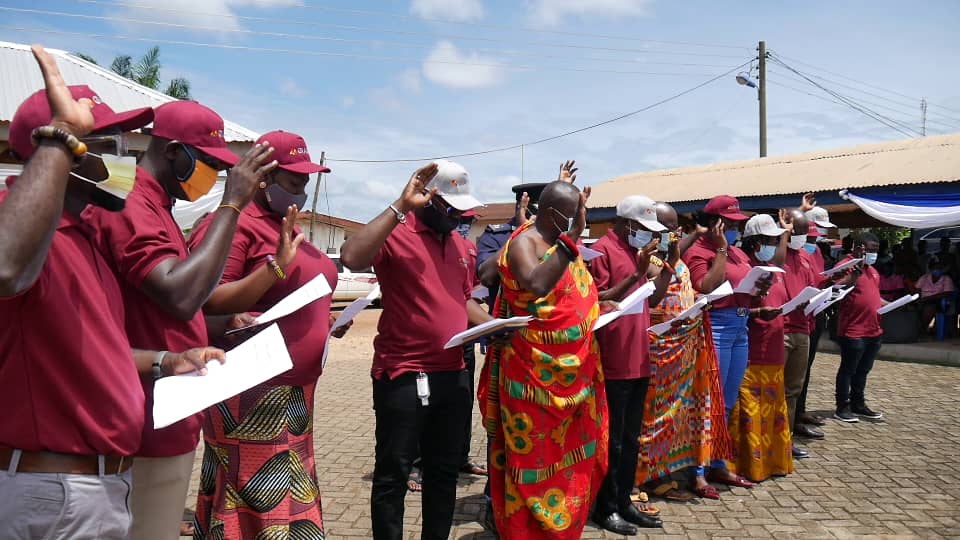 History was made at Mpasaaso when for the first time in very long years, the chiefs of Mpasaaso No1 and Mpasaaso No.2 came together for a common purpose.

These two chiefs had long-standing oppositions on traditional reasons and but for GIADEC would not meet.

The inauguration of the 19-member committee however turned into a celebration of unity and peace when the two chiefs buried their differences and came together to commission the committee.

The two chiefs urged the committee to work hard to protect the gains of unity made from now and help cement the relations from henceforth.

It is hoped that all committees in the four major areas, Atewa, Awaso, Nyinanhini, and Mpassaso will give off their best to protect the interest of their people