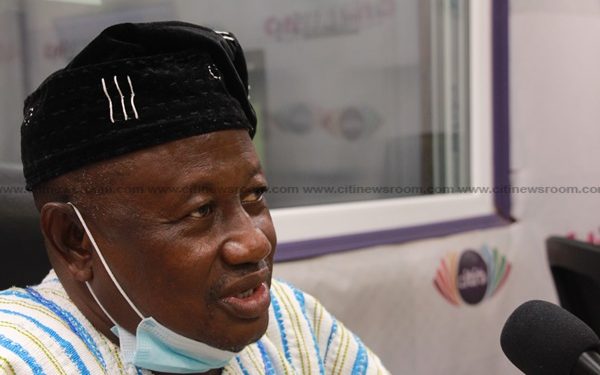 The People’s National Convention (PNC) has blamed its inability to allow more of its members to contest in the 2020 parliamentary election on the high cost of filing fee demanded by the Electoral Commission (EC) from presidential aspirants.

Flagbearer of the party, David Apasera disclosed that although the PNC planned to file nomination for about 100 parliamentary candidates, it managed to do so for only 36 aspirants due to the electoral management body’s decision to increase the fees for presidential candidates by 100 percent.

Speaking on Citi News, Mr. Apasera said apart from the cost of the fees, there are other issues such as anomalies on the provisional register which the EC must rectify.

“Certainly, we had problems with money. We wanted to file as many as 100 parliamentary candidates, but we couldn’t because we were not able to raise that money. So we got 36 parliamentary aspirants. We had the same problem as the other parties. We have a soft copy of the register that they have compiled and when you want to compare, you will get to see that the code is wrong. So I think that the Electoral Commission must do a clean-up or correction”, he indicated.

However, when the EC opened nominations for the 2020 elections, it maintained the fees for the parliamentary candidates but increased that of the presidential candidates to GHS100,000.

Contrary to agitations by smaller political parties and other electoral stakeholders over the outrageous fees, the EC said the increment was justified.

More of the smaller political parties in Ghana kicked against the GHS100,000 filing fee for presidential aspirants.

Nana Ofori Owusu, the National Chairman of the Progressive People’s Party, said the Electoral Commission’s decision was insensitive and “at variance to the economic conditions of Ghana right now.”

“Are we saying the EC is not part of Ghana’s economy or are they not recognising the situation we are in that we have stagnated growth in our economy,” he asked.

His party unsuccessfully challenged an increment in filing fees in court back in 2016 when it was raised to GHS50,000.

The party maintained that the EC should not look for profit in the electoral process.

N/R: Don’t kill yourselves for politicians – Kuyuli Chief to youth

N/R: Don't kill yourselves for politicians - Kuyuli Chief to youth