IGP directs investigation into use of police vehicles for party rallies

The Inspector-General of Police, James Oppong-Boanuh has ordered an investigation into the use of police vehicles for political rallies.

Some photos and videos circulating on social media have some individuals clad in party colours in the bucket in police pick up vehicles involved in political party rallies.

But the police administration in a statement said it does not sanction such activities.

“The administration does not sanction acts of this nature,” it said in a statement, indicating that “the Director-General of the Police Professional Standards Bureau (PPSB) has been tasked to investigate the matter, present a report and duly sanction persons found culpable in the act”. 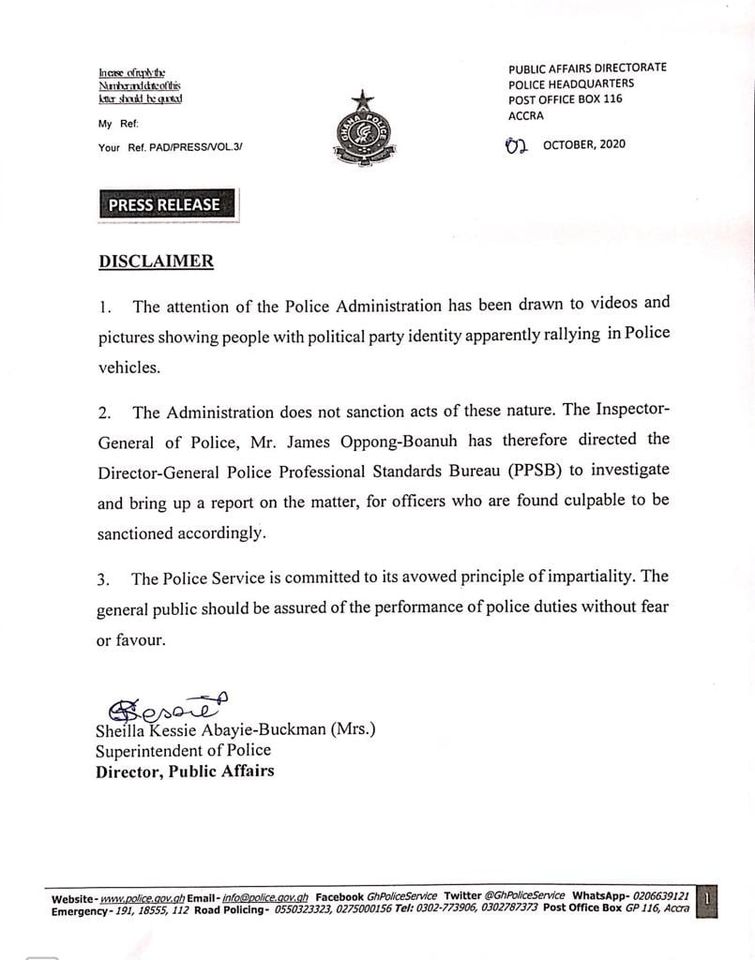 One of the viral social media videos showed a police vehicle with registration number GP 3852 being occupied by some individuals with flags of the New Patriotic Party (NPP).

The police say the public must be assured of its impartiality in the discharge of its duties.

“The Police Service is committed to its avowed principle of impartiality. The general public should be assured of the performance of police duty without fear or favour.”