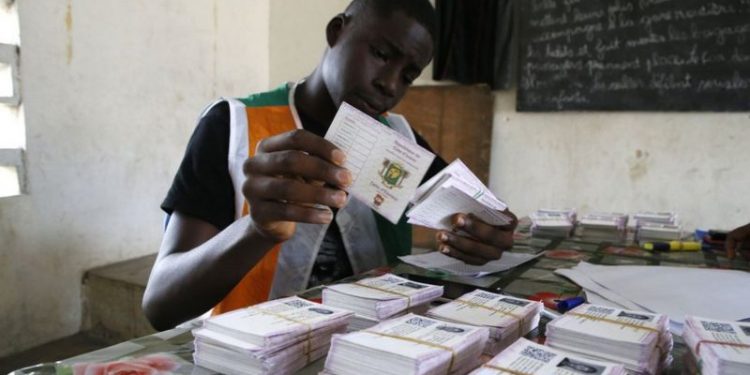 Votes are being cast in Ivory Coast’s controversial presidential election.

At least 14 people have been killed since riots broke out in August after President Alassane Ouattara said he would run again following the sudden death of his preferred successor.

The main opposition candidates, Pascal Affi N’Guessan and Henri Konan Bédié say it is illegal for Mr Ouattara to stand for a third term.

They are boycotting the vote and have called for civil disobedience.

Why is it so controversial?

According to the constitution, Ivory Coast has a two-term presidential limit. Mr Ouattara – who has been elected twice – initially said he would stand down.

Mr Ouattara subsequently announced that he would run for president after all.

His supporters argued that a constitutional change in 2016 reset the clock and that his first term did not count.

His opponents do not share that view, arguing instead that it is illegal for Mr Ouattara to run for a third term.

What’s the background to the tension?

There has been a decades-long quarrel between some of the country’s leading political figures.

In 2010, Laurent Gbagbo, who was president at the time, refused to concede to Mr Ouattara following the election in that year and this sparked a bitter civil war.

More than 3,000 people were killed in five months of violence.

Mr Gbagbo also put himself forward to stand in this year’s election but the electoral commission blocked him because he had been convicted in the Ivorian courts.

He was one of nearly 40 potential candidates who were turned down by the commission.

Who are the four presidential candidates?