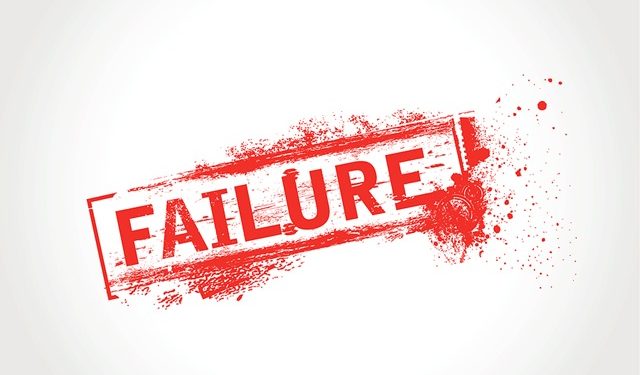 None of us can claim that in one way or the other we’ve never failed at something.

Failure is part of life. When you fail, it only means you were not able to achieve a target or goal.

FAIL is an acrostic for “First Attempt In Life.”

You may say that he or she had failed and keeps failing on countless occasions.

When you fail several times, it is only an indication that your approach may be wrong. Thus, it is still an attempt; try it over and over again to get it right.

To excel at something, one must first attempt it. A student who keeps scoring low marks must get disciplined to study seriously to increase his or her scores. Failure to do this, one then prepares to keep scoring low marks.

When one has failed after the attempt, then it becomes an opportunity to identify one’s weaknesses and the prevailing obstacles that have been responsible for one’s failure.

It is easier said than done; however, nothing great comes easy. The great American poet and educator, Henry Wadsworth Longfellow once noted that: “The heights by great men reached and kept were not attained by sudden flight, but they while their companions slept, were toiling upward in the night.”

One of the ways of dealing with failure is to get prepared to face the ridicule from family and friends by focusing on the mental picture of greatness that only the individual who has failed has in his or her mind.

Failure should propel us to greater heights like the propeller of a helicopter propels it into the air; failure, therefore, is a propeller: it is the platform that we get to recognize and work to improve our weaknesses and consolidate our strengths and abilities to help us attain our God-given potentials. This is the good side of failure!