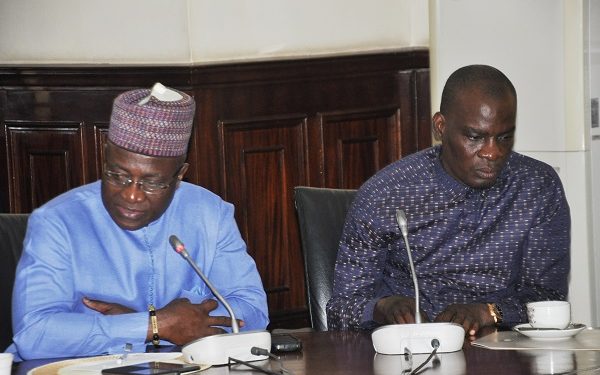 Minority Leader and Member of Parliament (MP) for Tamale South, Mr Haruna Iddrisu, has said his Majority counterpart, Osei Kyei-Mensah-Bonsu, will win the upcoming parliamentary elections, despite challenges from an independent contender for the Suame seat.

Mr George Prempeh, with links to the governing New Patriotic Party (NPP), is contesting as an independent candidate, determined to unseat Mr Kyei-Mensah-Bonsu, the MP for Suame and Leader of Government Business.

Mr Prempeh was unable to contest the NPP primaries because the delegates endorsed the current Suame MP to go unopposed.

However, the Minority Leader, during a comment on the Floor of Parliament, suggested that attempts to unseat the incumbent Suame MP would cut no ice.

He was speaking during the motion for the House to adopt the Business Statement for the Third Week.

Mr Haruna suggested that legislators must ensure there was balance between their presence in their constituencies and the work in the House, as they endeavoured to retain their seats in the next elections.

Mr Iddrisu called on the ministers of state and the Majority Leader to prioritise bills to the House rather than stampeding the House with bills in what he called “the November of the four-year mandate.”

He said bills like the National Ambulance Bill and the National Blood Transfusion Bill could wait in preference to critical bills of government like the Council of State and Anti Money Laundering bills.

Mr Iddrisu commended the Attorney General and Minister of Justice, Gloria Akufo, who was present in the House, for writing to inform him on legislation she would want to be worked on.

Mr Kyei-Mensah-Bonsu announced that 60 bills were programmed for the meeting and that there had been a meeting for ministers to prioritise bills scheduled for the House.

He explained that the National Blood Transfusion Bill had come on board because of the exigencies of the time.

Meanwhile, Majority Chief Whip, Kwasi Ameyaw Cheremeh, reading the Business Statement on behalf of the Majority Leader, announced that the House would sit on Monday, October 26, 2020.