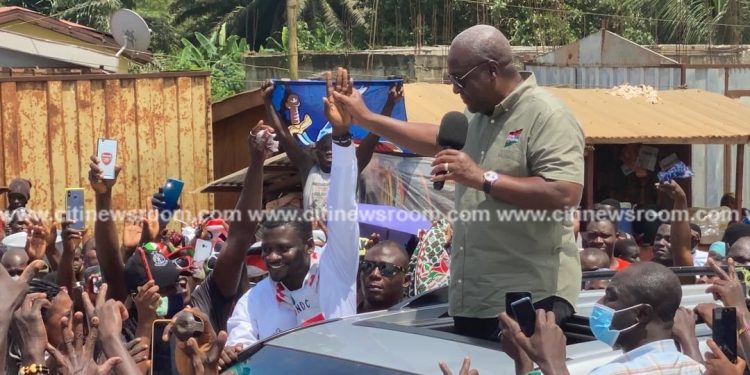 Former President John Dramani Mahama has assured the chiefs and people of Mpohor of better roads under his Presidency.

The National Democratic Congress (NDC) flagbearer who has been campaigning in the Western Region was received at Mpohor by a mammoth crowd. 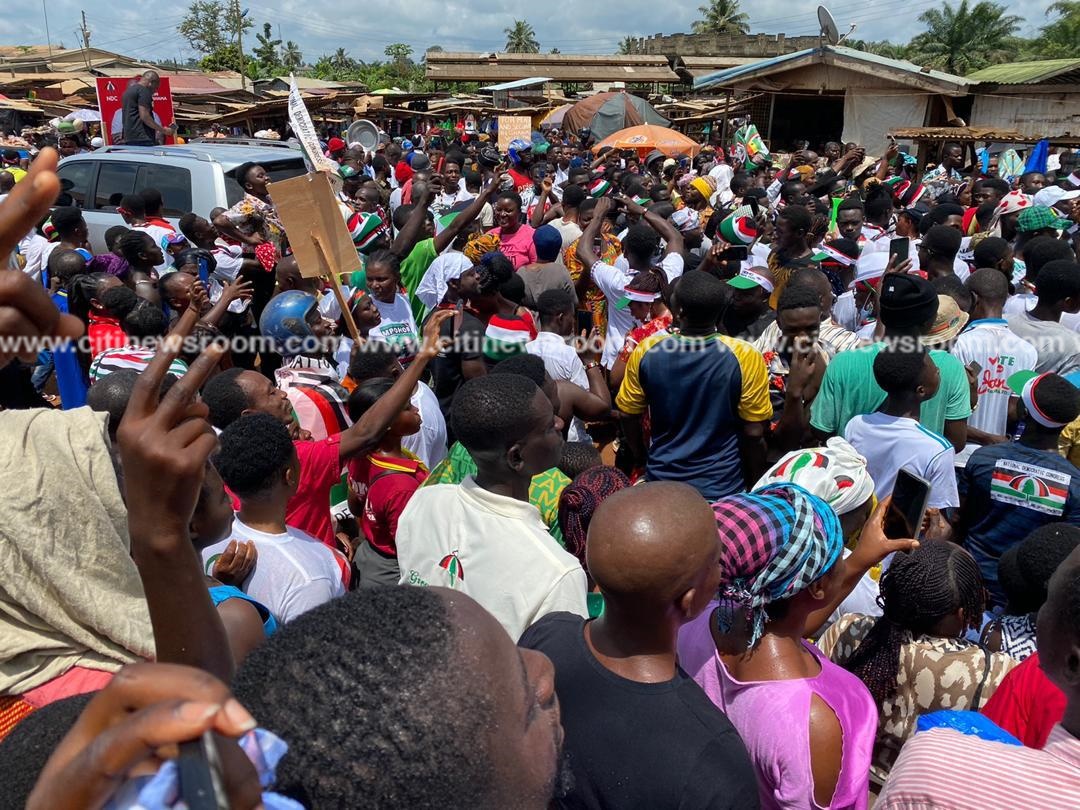 Addressing the crowd from his vehicle, the former President sympathized with the people about their deteriorated road and promised to fix it when supported to win his second term presidential bid. 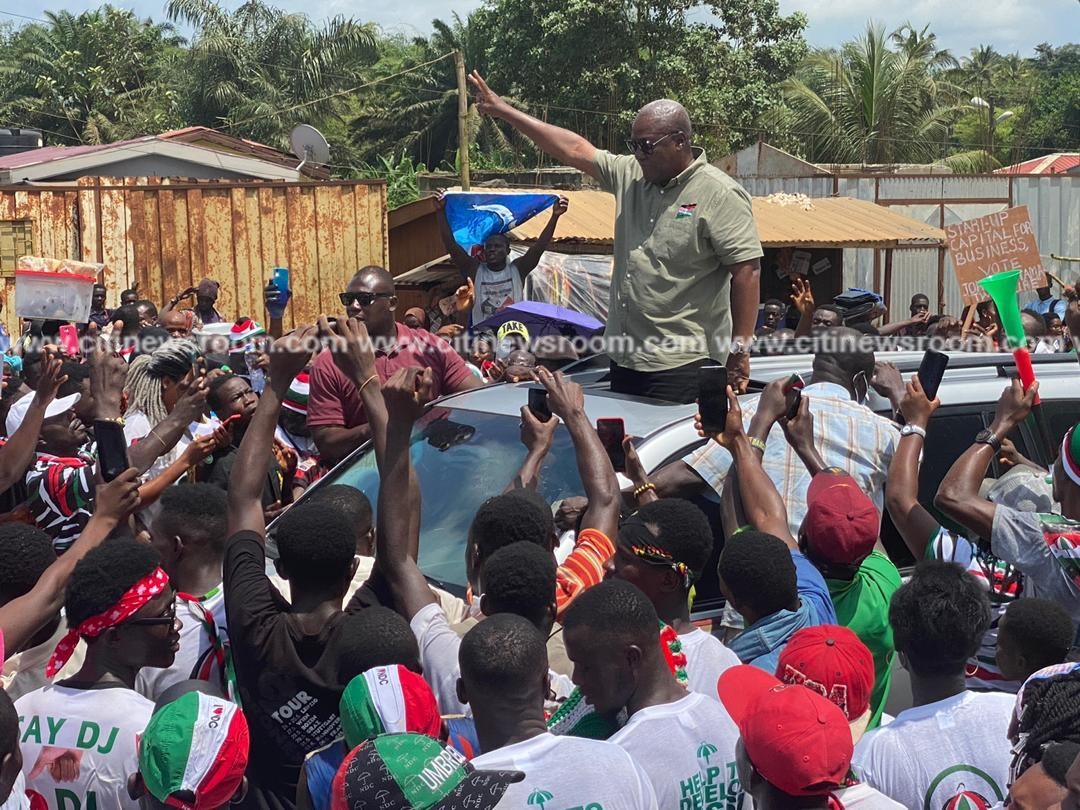 “I have personally travelled on the Mpohor road and I can also testify that the road has seriously deteriorated. Mpohor is a very popular community in Ghana and so does not merit such a poor road at all. Since it is a known fact that NDC is a developer-oriented party, when the NDC is elected, we will definitely fix your road to reduce your sufferings. So just be patient and vote for the parliamentary candidate here and me on 7th December.”

Former President Mahama also took his campaign to Adum Banso where he promised to fix their road and also release persons arrested over small-scale mining operations. 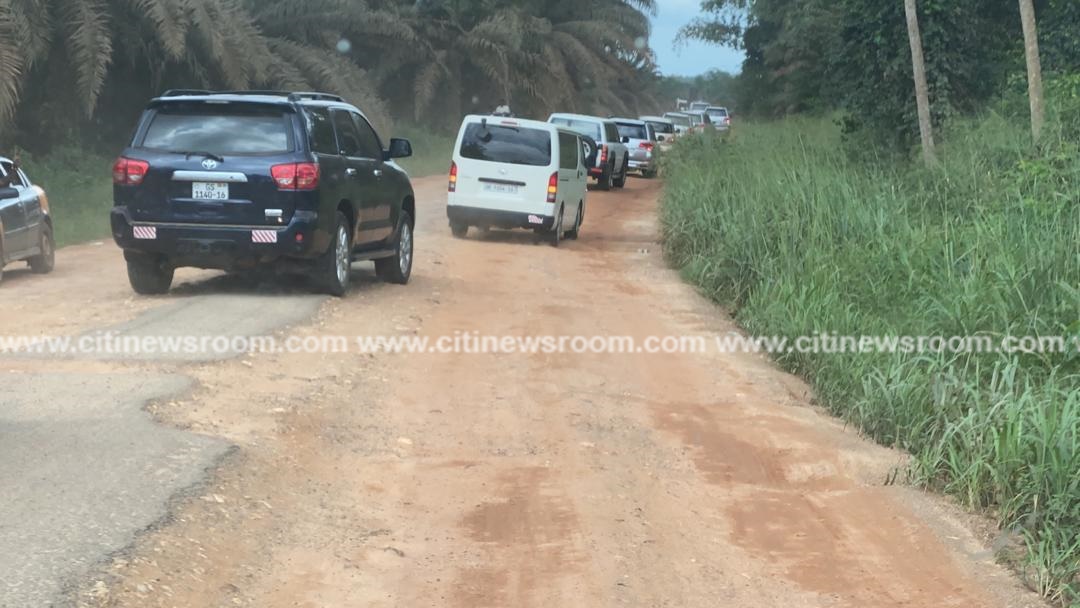