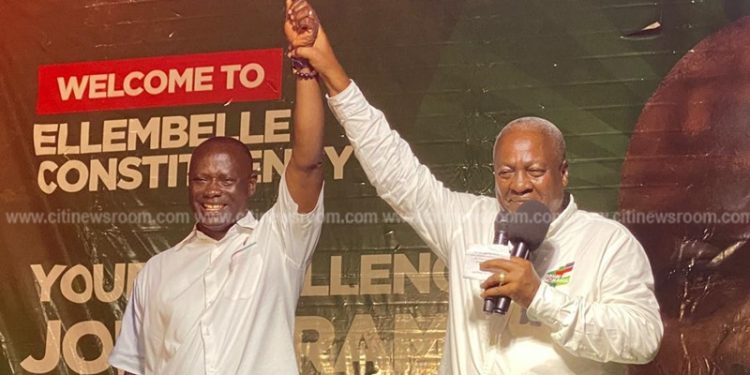 The flagbearer of the opposition National Democratic Congress (NDC), John Dramani Mahama has promised to build an ultra-modern district hospital for Ellembelle should he emerge victorious in the upcoming polls. 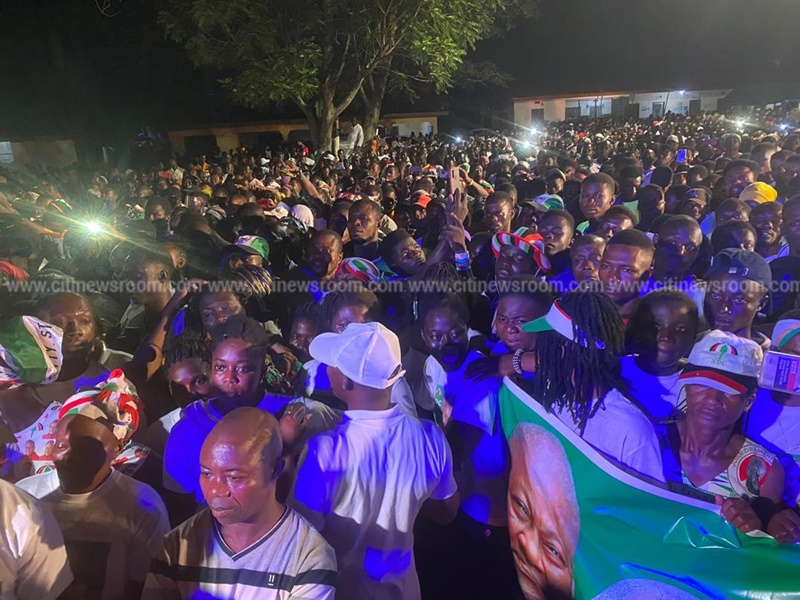 He made the promise when he was addressed a mammoth durbar of cocoa farmers at Aiyinase in the Ellembelle District as part of his four-day campaign tour of the Western Region.

“I know that Aiyinase is a major market centre with two days of major trading in a week and since the NDC manifesto demands that we build a modern market at all major markets, we will build a modern market for Aiyinase community on my second coming. Again, we know healthcare facilities are needed in Ellembelle, so I will build a brand-new modern District Hospital for Ellembelle.”

“This is a promise I made in 2016 but couldn’t fulfil because we lost power. So I promise you once again that I will build you the Hospital on my second coming and I know NDC will win with your continuous support,” he said.

The NDC flagbearer urged the cheering crowd to vote the hardworking Emmanuel Armah-Kofi Buah as their MP for Ellembelle in the parliamentary poll.

Mahama also reiterated his commitment to building the Atuabo Freeport which has been suspended since the change of government.