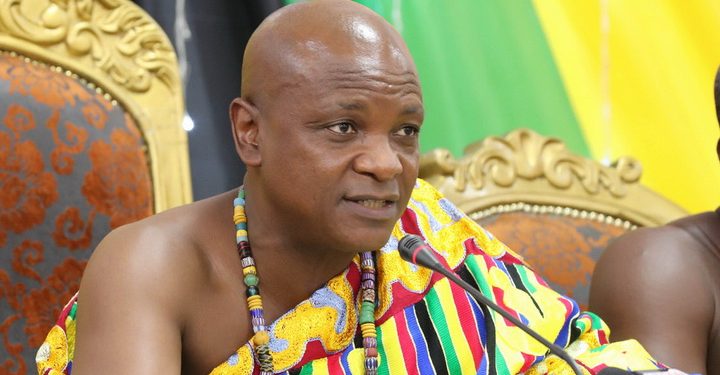 With barely 10 days to the election of a President of the National House of Chiefs, the sitting President, Togbe Afede XIV is confident of victory at the polls which will take place in the Ashanti Regional capital, Kumasi.

He said his records while serving in office as President “speak for itself.”

Togbe Afede, who is the Agbogbomefia of the Asogli State in the Volta Region said since he took over office as the President of the House of Chiefs in November 2016, he has ensured several developments which have helped to make the institution of chieftaincy more relevant and respected in the country.

Speaking on The Point of View on Monday, Togbe Afede XIV said among other things, he has ensured the digitization of chieftaincy records, customary laws, lines of succession among others.

“My records speak for itself. When I became President of the National House of Chiefs, I committed myself to serve the best interest of chieftaincy and the people. My objective was to enhance the honour, image, dignity and the reverence with which the institution [of Chieftaincy] was held and made it relevant to the needs of the people.”

“Without development, they can’t enjoy these things, so we have been working hard as chiefs to be part of the development process, the people of this country and the records are there. We’ve modernized our meeting place, one of the best in the country. We’ve started digitizing our records, We are codifying customary laws, lines of succession,” Togbe Afede noted.

He further added that processes are underway to establish an African Traditional Leaders union that will bring together all traditional leaders across the country to help promise peace, development and stability.

According to Mr. Afede, all he has achieved while in office is appreciated by the people he serves hence is confident of getting the nod to serve another term.

“I think my people appreciate it,” he said.

Togbe Afede XIV rose to office as the President of the National House of Chiefs on November 24, 2016, after winning a national election.

He polled 25 votes while his competitors, Awulae Attibrukusu of Lower Axim in the Western Region, had 11.