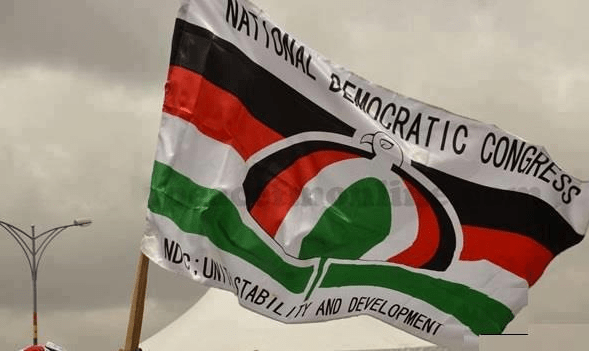 The opposition National Democratic Congress (NDC) has launched its campaign for the Krowor Constituency in the Greater Accra Region ahead of the 2020 general election.

National Chairman of the party, Samuel Ofosu Ampofo who graced the occasion charged party supporters to adopt the ‘Jehovah Witness’ approach of campaigning ahead of the polls.

This approach he says will help the party propagate its manifesto promises to the masses.

His call follows the launch of the National Retail Campaign by the party’s flagbearer John Mahama.

“Our manifesto is called the people’s manifesto. The message in the manifesto must get to the people. We are not only going to vote, but we are going to vote to determine the destiny and future of this country.”

Meanwhile, flagbearer of the NDC, John Mahama has urged members of the party to guard every ballot during the December 7 elections.

John Mahama said that despite expecting the Electoral Commission (EC) to creditably discharge its duties as expected in accordance with the law, the NDC will still be extremely vigilant during the electoral processes.

He added that the NDC is determined to succeed and no one can stop the will of the people of Ghana.

“We have had concerns to draw the Commission’s attention to many instances of infraction and actions that have not satisfied us. While we are expecting the Commission to live above reproach, I want to assure you all that the NDC is very well-prepared, and we will police the ballots from all polling stations, through the constituencies to the regional and finally to the national collation centres.”

Mr. Mahama added that the NDC is concerned for the future of Ghana and will fight for it to be great.

“This is our battle for Ghana’s future. Let’s embrace it like our very lives depend on it because Ghana deserves to be in a better place where everyone has the chance to thrive and prosper.”

The flagbearer of the NDC was confident that his party will win the 2020 polls.

“I want to assure all the teaming supporters of the NDC, our sympathizers, well-wishers, and the millions of people waiting to vote for John Mahama, Naana Jane Opoku Agyeman, and the NDC that we are winning the election,” he stated.

Mr. Mahama earlier stated that the NDC will not accept the results of an election it deems flawed.