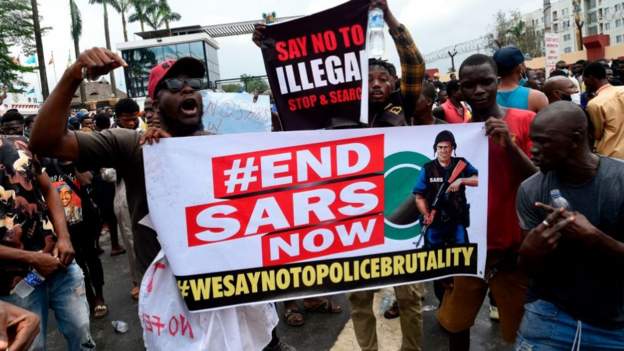 The #EndSARS campaigners, who are protesting against police brutality in Nigeria, have now started the process of electing leaders and advisers.

The plan for elections was revealed by an unidentified group, BNI, which made provisions for an online voting process via a Google form.

The form has been circulated widely via WhatsApp encouraging people to vote for state and federal leaders and advisers, according to local media.

Over the weekend, looting continued across the country and police arrested hundreds who were expected to be arraigned in various courts.

One of the groups behind the protests, the Feminist Coalition, had last week asked Nigerian youths to stay at home after President Muhammadu Buhari warned protesters.