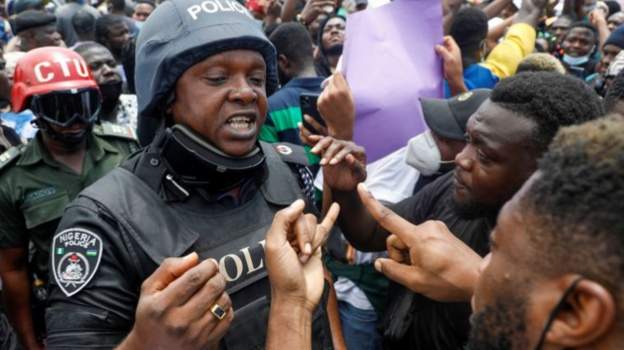 The authorities in Nigeria’s commercial capital, Lagos, have arrested police officers who attacked protesters on Monday in ongoing demonstrations against police brutality.

Local media outlets report that the four policemen had fired live ammunition at protesters in the city’s Surulere area.

Governor Sanwo-Olu also said that the state had established a 200m Nigerian naira ($521,000; £404,000) fund to compensate victims of police brutality.

Demonstrations against police brutality have taken place in cities across Nigeria in the past week. The protests have continued despite authorities agreeing to disband the Special Anti-Robbery Squad (Sars).

The unit has been accused of extrajudicial killings, extortion and torture, especially of young people.