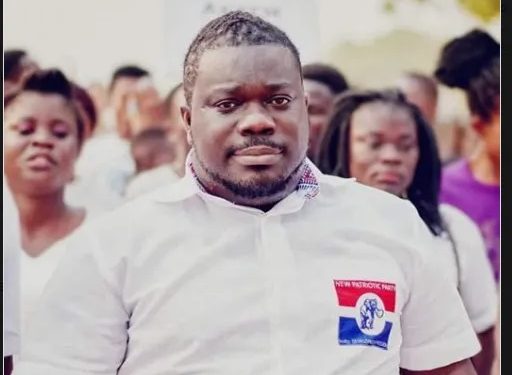 A co-convener of Aspirants Unite for Victory, Bice ‘Obour’ Osei Kuffour, has called on all aggrieved New Patriotic Party (NPP) members to unite for a resounding victory.

He said the collective interest of the party must be prioritized by all members, with less than two months to the election, no matter their grievances during the internal primaries.
He made the call when he joined Asante-Akim South Constituency Executives on a campaign tour to canvas for votes for the ruling party ahead of the crucial election in December.
“Those of you who are calling for “skirt and blouse” because of what happened during the primaries must rescind your decision for the sake of the party”, he appealed.
“We must make sure we win this election as one family and this is not the time for agitations and complaints”, he added.
Obour who lost the primaries to the incumbent Member of Parliament (MP), Mr. Kwaku Asante-Boateng, underlined the need for members of the party to look at the bigger picture of retaining President Nana Addo Dankwa Akufo-Addo.
“The NPP has always performed in government since the days of President John Agyekum Kufuor, and we have to keep the party in power to improve the lives of Ghanaians”, he stated.
He said it was important to sustain the gains achieved under the leadership of President Akufo-Addo and Mr. Asante-Boateng in the constituency by mobilizing the support base of the party to secure a first-round victory.
“They should propagate the benefits of flagship programs of the NPP such as the Free Senior High School, Planting for Food and Jobs, Planting for Export and Rural Development, Youth in Afforestation among others.”
He reminded the people of the untold hardship that Ghanaians went through during the National Democratic Congress (NDC) administration, saying “it is our responsibility to prevent a return to those difficult days”.
He entreated supporters of the party across the country to ensure they voted for all parliamentary candidates of the NPP because the President would need a majority in Parliament to implement his life-changing policies.
Source: Ghana News Agency (GNA)
Tags: Aggrieved NPP membersGhana NewsNPP
Previous Post