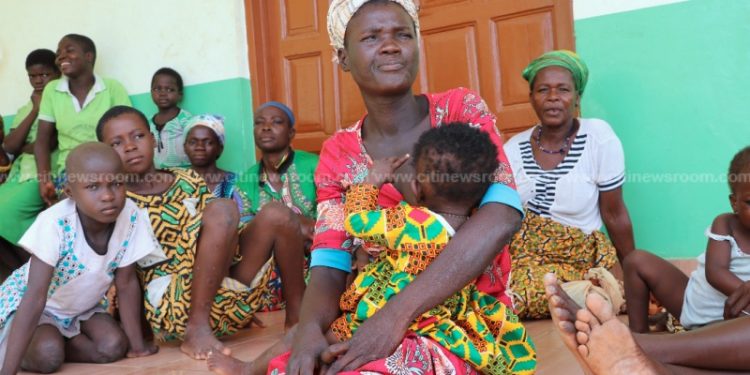 Some victims of last Thursday’s floods in the North East Region have deserted the school serving as a shelter for them due to what they say is the lack of proper care and attention.

According to them, the relief items given to them cannot sustain them.

The victims also claimed that they were yet to benefit fully from the donations.

Citi News’ visit to one of the schools housing the victims showed a virtually empty building as many of them had have left to fend for themselves.

“Our experience since the past three days we have been here has been very difficult. Accommodation is a problem. Feeding is a problem and many other things. The accommodation challenge is that we have been given only two classrooms in the building, and we are over 300,” one of the distressed students said.

“The situation here is very bad. Since yesterday, we have not eaten because there is no food for us. There is no money as well. We are begging those who can help us to come to our aid. They have given us food items, but we don’t know where the money is,” another said.

Residents of four villages, Gaagbini, Dimia, Tinkaya and Banawa woke battled with floodwaters on Thursday following the torrential rains that forced the banks of three dams to break.

Thousands of acres of farmlands were not been spared, while livestock has been carried away by the floodwaters.

Displaced persons in the affected communities are currently putting up in temporary structures including school blocks and offices of the Municipal Assembly.

Victims of flooding continue to cry out for help from the state after being displaced.

Although the government donated GHS100,000 and relief items to the floods victims, they say, victims said they were yet to receive improved help.

They also complained about hunger as food meant for the victims from the assembly was not forthcoming adding that the conditions in the schools being used as havens are appalling.