Stop the propaganda; galamsey worsened under your tenure – Kokofu to Mahama 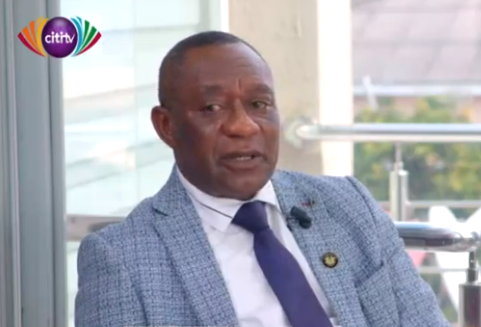 A former Member of Parliament (MP) for the Bantama constituency and the Executive Director of the Environmental Protection Agency (EPA), Henry Kokofu has called on the flagbearer of the opposition National Democratic Congress (NDC), John Dramani Mahama to stop politicising galamsey issues in the country.

Mr. Mahama has promised to retrieve all confiscated excavators and concessions belonging to small scale miners in the country if he wins the 2020 elections.

According to him, President Akufo-Addo has failed in his promise to fix the problems facing small-scale miners in Ghana.

But Mr. Kokofu believes the NDC flagbearer should be blamed for all the challenges the country is facing in dealing with the menace.

The EPA Executive Director insisted that the activities of the illegal miners heightened during the former President’s tenure.

“I don’t understand the basis for the hypocrisy about the galamsey fight from NDC because it was under their tenure that the activities of galamsay heightened in this country; from 2011, 2012, up to 2014 and leading to 2016.”

“…But for me, it is not about apportioning blame. We as a nation through President Akufo-Addo have decided to fight this and that is where the focus should be. We shouldn’t focus on the propaganda gimmicks going around saying he will give back the seized excavators. So he should stop this propaganda he is doing.”

He made these comments when he appeared on the news review segment of Citi TV’s Breakfast Daily on Thursday, October 22, 2020.

In a related issue, the Minister for Lands and Natural Resources, Kwaku Asomah-Cheremeh has debunked claims that the government has sold a number of the excavators that were seized at the height of the war against illegal mining in Ghana

According to the sector minister, such claims by the NDC that some excavators are missing, sold and stolen do not hold water.

“The number we have is 157 at Adentan, Obuasi, and Tarkwa. The number that I have provided are numbers that are on site. The place is not walled, they can go and check. The claim by NDC that 500 excavators are missing, sold, and stolen is neither here nor there.”

Mr. Asomah-Cheremeh further challenged any individual who has proof of the said allegations, to produce evidence to authenticate the said transactions.

“I stood at the Prestea-Huni valley area in February and told journalists that the government or the ministry has not done any such thing, but the accusations persist. Whoever thinks otherwise should come forward with better particulars,” he dared.