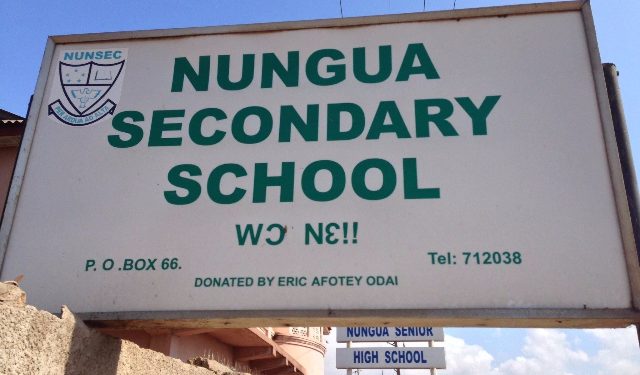 Government has assured management of Nungua Senior High School that the institution will not be affected by the ongoing expansion of the Tema-Nungua Beach Road.

Managers of the school have raised concerns that some of its structures have been earmarked for demolition to pave way for the expansion works.

At the recent 60th anniversary celebration of the school, management said the move would worsen the school’s infrastructure deficit.

But Member of Parliament for Krowor in the Greater Accra, Elizabeth Afoley Quaye, in a Citi News interview assured that the Urban Roads Department has agreed to redesign the project in favour of the school.

“I have spoken to the Urban Roads Director when I heard about the expansion works about a year ago. He agreed with me that, they had to redesign the road and consider the existing structure; which is the school. He even suggested an underpass so that the expansion will not affect the school,” she said.

Government is constructing an interchange at Nungua in Accra as part of a major expansion project in the Teshie and Nungua areas which to a large extent serve residents within the Tema metropolis.

The current Teshie Beach Road which is a single carriage road will be expanded into a dual carriage road from the Independence Square to Tema.

It is a 26.6 km project with an estimated cost of US$100 million being constructed by Messrs Gansu International Corporation and Messrs China Major Bridge Engineering Company Limited expected to be completed in 24 months.

The first lot of 16 kilometres begins from the Independence Arch to Nungua with the remaining 10.6 kilometres the second lot continues from Nungua to Tema Community 3.