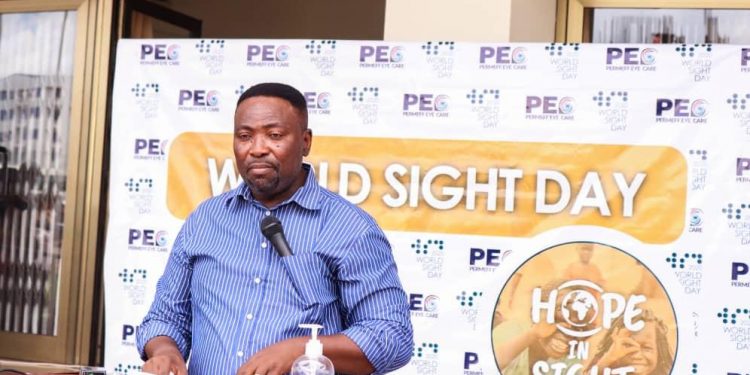 The University of Professional Studies Accra has observed the 2020 International World Sight Day with a blindness simulation and eye screening exercise to help demystify blindness and draw attention to the global issue of eye health and vision impairment in line with this year’s World Sight Day’s call to action dubbed “Hope In Sight”.

The Medical Directorate of the University in collaboration with Permeff Eye Care, an eye clinic in Madina, held the event which saw members of the university community experience temporary blindness through the simulation exercise.

As part of the event, Permeff Eye Care also provided free eye screening for over 120 members of staff out of which over 75% discovered they have undiagnosed visual challenges and required glasses. 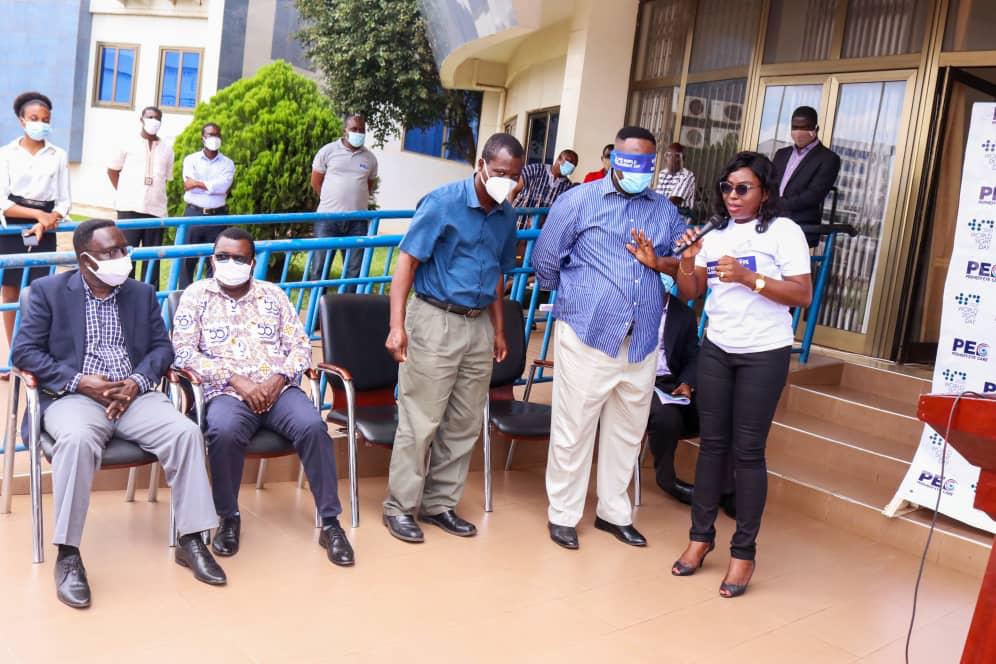 According to the International Agency for the Prevention of Blindness (IAPB), at least one billion people have a vision impairment that could have been prevented or has yet to be addressed. The World Health Organisation (WHO) says that blindness and vision impairment affects at least 2.2 billion people around the world. Currently, Ghana ranks second highest in the world for the prevalence of blindness from Glaucoma.

In a Keynote speech read by Professor Charles Barnor, the Vice-Chancellor Professor Abednego Okoe Amartey noted UPSA’s feats in creating an accessible institution. He said “It’s about having respect for people, believing in autonomy for all end-users and leveling the playing field by creating as much of an opportunity for a visually impaired person to explore our facilities as someone who is not physically challenged or visually impaired.

We always think about diversity and inclusion in a very broad manner and ask ourselves “how we can make our campus usable and accessible to all.” 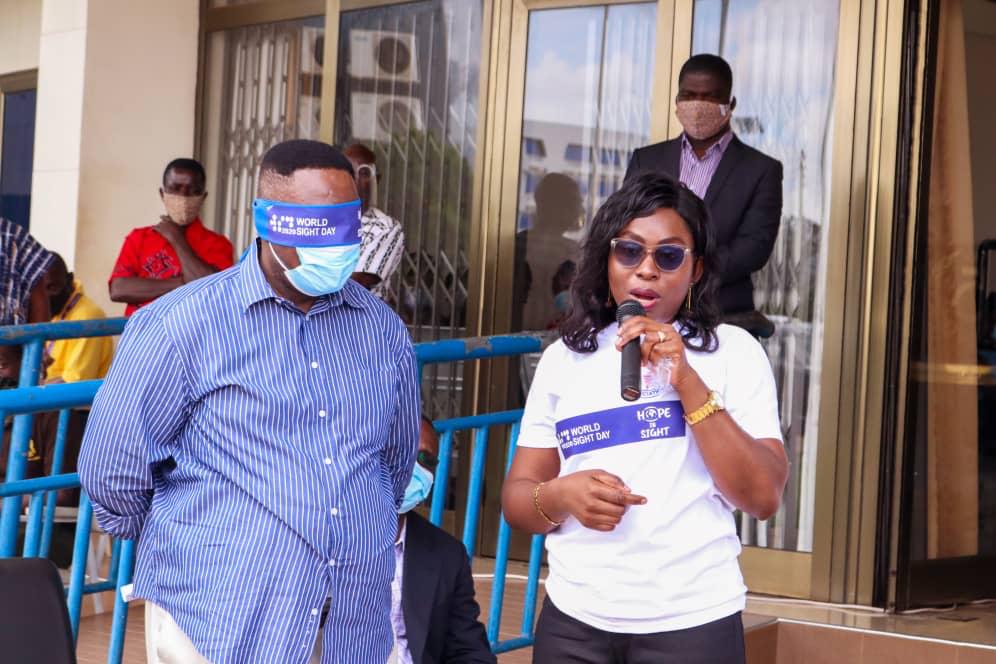 Globally but especially in Africa, students with visual impairment encounter many challenges including accessibility, stereotyping, and discrimination and these challenges impede their social and academic development in schools.

UPSA, therefore, places a premium on ensuring that its built environment and spatial design caters to the special needs of individuals who would otherwise have been disadvantaged because they are considerably impaired in their freedom of movement. “The provision of ramps and lifts alongside stairs shows that we care about our brothers and sisters with challenges.” He added.

Commending UPSA, she said, “This aims at recognizing and showcasing the suitability of UPSA’s infrastructure to the physically challenged.” She called on Ghanaians to endeavor to have their eyes tested annually to prevent visual impairment or blindness. 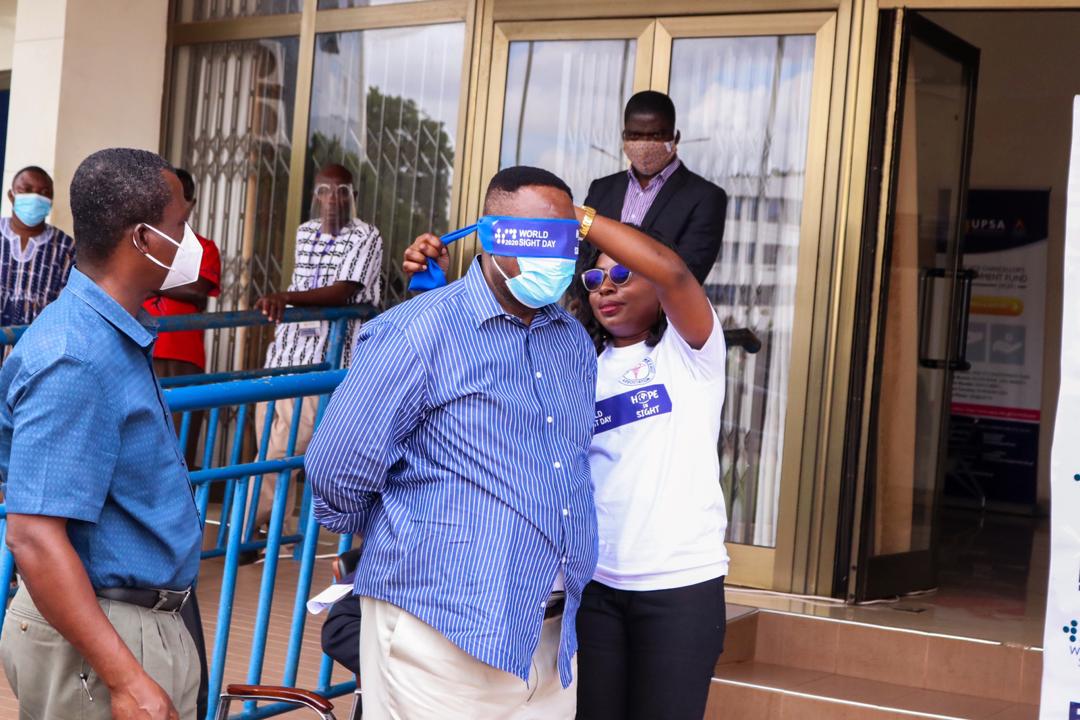 Dr. Bernard Dornoo, Medical Director at UPSA urged staff to take their eye health seriously. He said, “your eyes can last you a lifetime if you take good care of them.”

World Sight Day (WSD) is an international day of awareness, held annually on the second Thursday of October to focus attention on the global issue of eye health. It became an official International Agency for the Prevention of Blindness (IAPB) event in the year 2000 and has been marked in different ways in countries around the world each year since then. WSD is coordinated by IAPB under the VISION 2020 Global Initiative.