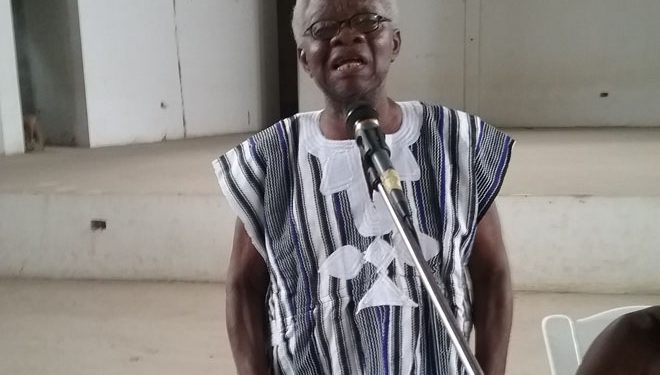 The Homeland Study Group Foundation has denied any involvement in the violent incidents in the Volta Region attributed to separatist groups.

The leader of the group, Charles Kudzordzi, popularly known as Papavi, said his group has always been nonviolent in its push for part of the Volta Region to be made autonomous country known as Western Togoland.

Attacks on police stations and roadblocks in the region on September 25, as well as the raid and torching of buses at the Ho State Transport Corporation yard have been attributed to the Foundation.

Security personnel also said they foiled a plan by the group to burn down the Ho Central Market and other key installations.

But Mr. Kudzordzi said he has always favoured dialogue in dealings with state authorities.

“I have made myself available to the police and to the security agencies on several occasions. Anytime they wanted me, I went there, we had a discussion and then I came home.”

He further said he had initiated attempts for dialogue with the government but to no avail.

“I have on two occasions written to the government of Ghana and the President to have us sit down and have this matter discussed at a round table conference. No attention has been paid to the letter.

He urged the state to complete its thorough investigations into the incidents before making any conclusions.

“Ghana should intensify its level of investigations against people who do things and not just suspect and arrest people.”

Speaking subsequently on Eyewitness News, George Nyakpo, the group’s spokesperson, criticised the state for using excessive force in its dealings with the group.

He feels its members have cooperated with police since the arrest of some of its members on November 19.

“We have reported to the police, Interpol, for over seven months so why is it that for someone who is reporting to you continuously you now send military men to break his door?”

Mr. Nyakpo also refuted claims the group was involved in the violent incidents which started on October 25.

“I don’t know why this case is being stretched this way because our founder is very clear. We are not a militia group and we are also not training anybody.” 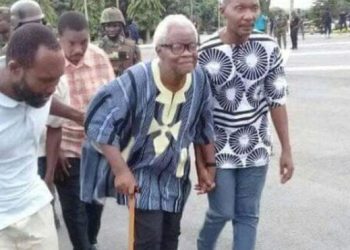