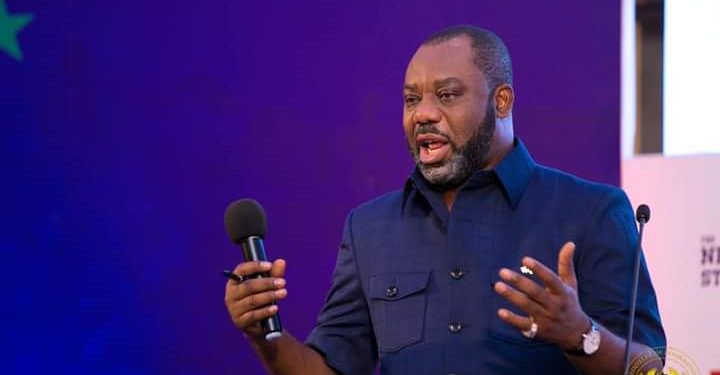 Government says over 800 million dollars has been invested in the education sector since the year 2017.

It says the investments were made in infrastructural development, equipping of schools, and capacity building for teachers.

Speaking at the Nation Building Updates on the theme, ‘investing in Education, investing in the future’, the Minister of Education, Dr. Matthew Opoku Prempeh, said the government is committed to transforming the education sector.

“Over $800 million has been committed for infrastructure, equipment and capacity building of the teachers on the new curriculum called Competency-Based Curriculum. The money is also in different project and one of the projects is being handled by a Ghana-China partnership, upgrading all the technical universities,” he said.

Dr. Matthew Opoku Prempeh says there is a Bill before Parliament for the creation of a National Vocational Training Education and Service which seeks to place more emphasis on skills development.

The Minister for Education, Matthew Opoku-Prempeh, continues to tout the government’s achievements in his sector, outlining various policies instituted to enhance teaching and learning outcomes.

Dr. Opoku-Prempeh has been heavy on the actions of the government, like the abolition of the three months pay policy and the restoration of the teacher training allowance, among other things.

He is also keen to note that these achievements trumped those of the Mahama administration.

Key to the Akufo-Addo administration’s record on education has been the implementation of the free Senior High School (SHS) programme.

“To date, over 1.2 million students have benefited from the free SHS programme which has expanded access to secondary education and enabled an extra 400,000 students to enrol in Senior High School,” he noted.

Beyond the metrics of access, the Minister also said the government has an eye on quality.

“We recognize that access alone is not adequate in guaranteeing the quality of education we desire. For this reason, government is committed to ensuring quality and relevant education that will produce confident, skilled and global citizens who are ready and able to compete with their counterparts anywhere in the world.”

Dr. Opoku-Prempeh also spoke about the teaching interventions at the basic level.

“To improve the quality of education, we have had to increase the supply of trained teachers to our basic schools. Within the period, the pupil-to-trained-teacher ratio has improved to 1:37 at the kindergarten level and 1:33 at the primary level in 2019. The percentage of trained teachers has also improved to 88 percent at the primary level,” he noted.

He has said since the current government took office in January 2017, it has employed a total of 66,357 teaching and non-teaching staff in the pre-tertiary sector, as at the end of 2019.

“This brings the total to a staggering 93,724 employed by the end of this year for pre-tertiary. At the tertiary level, we have since 2017 we have recruited a total of 6,176 staff,” he added.

Presidency not remedial class for correction of mistakes – Bawumia to Mahama