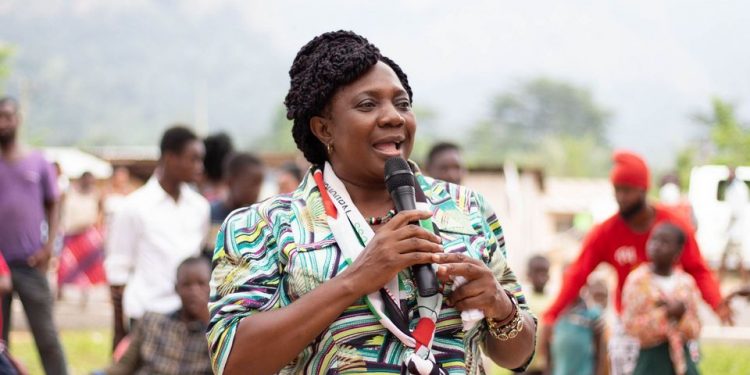 She said she is certain of victory and is in no way threatened by the chances of Mr. Amewu.

Speaking on The Point of View on Monday, the former MCE accused Mr. Amewu of claiming ownership of projects undertaken by the incumbent NDC MP, Bernice Heloo.

Mr. Amewu, who is trying for the third time to become the parliamentary representative for the people of Hohoe on the ticket of the NPP has already said that he will make history for the constituency.

He has expressed optimism about his chances saying “The chances are bright. I leave the final day to God. I know definitely, and I am pretty sure that there is going to be history made in Hohoe. I have done this before and I know what I am talking about.”

But Prof. Margaret Kweku says the people of Hohoe will vote convincingly for her come December 2020.

“They have peddled so many lies about a lot of things he hasn’t done and people tend to believe it because we [NDC] are not in power,” she said.

She stressed that during her tenure as MCE, she ensured several developments including getting an urban roads department set up at the local assembly, constructing dozens of mechanized boreholes, fixing of street lights among others.

Professor Margaret Kweku is a clinical epidemiologist at the School of Public Health and former Acting Dean of the University of Health and Allied Sciences (UHAS).

The Hohoe constituency is one of the very few constituencies in the Volta Region  that have now becomes a battleground with some persons confident of victory for Mr. Peter Amewu while others believe that the NDC candidate has enough grounds to retain the seat for the NDC at the 2020 polls.