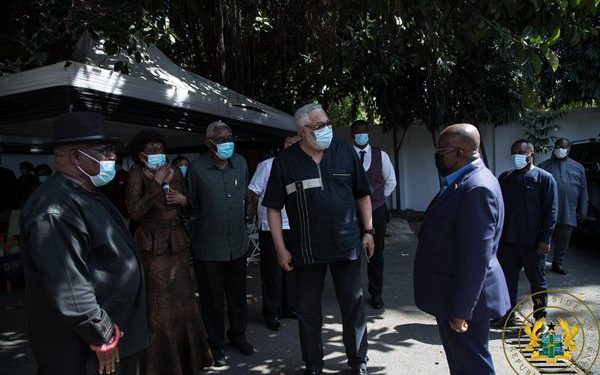 In a statement from the Jubilee House, the President, Nana Akufo–Addo said he, “together with his Vice President have suspended all political campaigns” for the next seven days.

The government has also declared a seven-day national day of mourning following the death of former President, Jerry John Rawlings.

Additionally, flags across the country are to be flown at half-mast.

The President also said the government will work closely with the family of the late Former President and “give him a fitting state funeral.”

He died at the Korle Bu Teaching Hospital where he was receiving treatment after battling ill-health.

Rawlings died at the age of 73.

Former President John Dramani Mahama has also suspended his campaign tour of the Ashanti Region over the death of the founder of the National Democratic Congress. 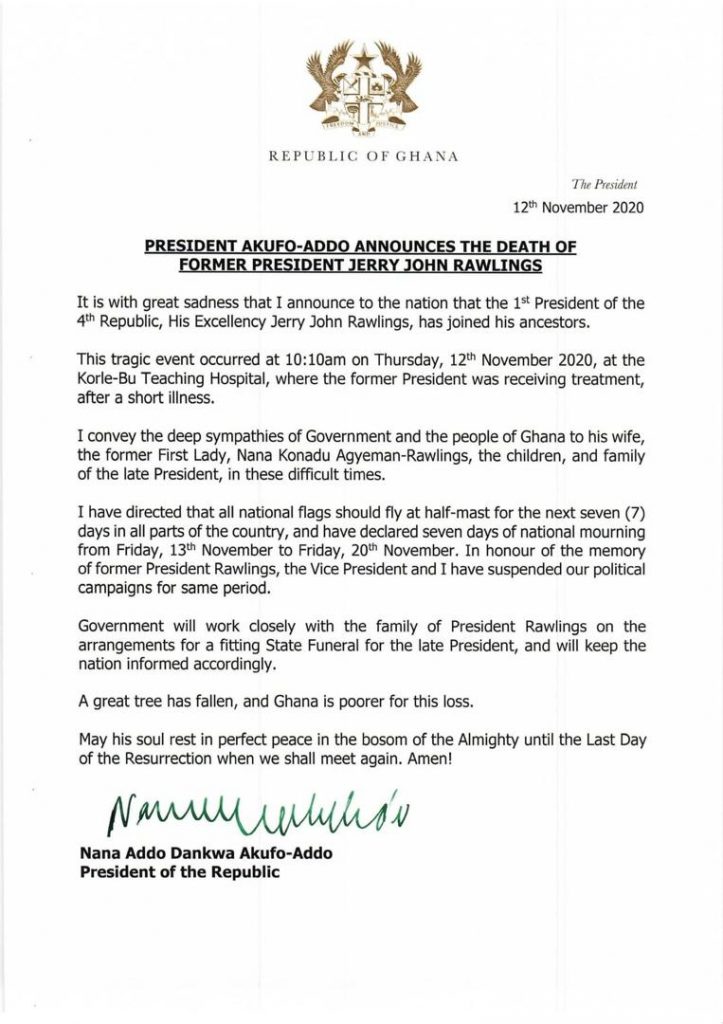