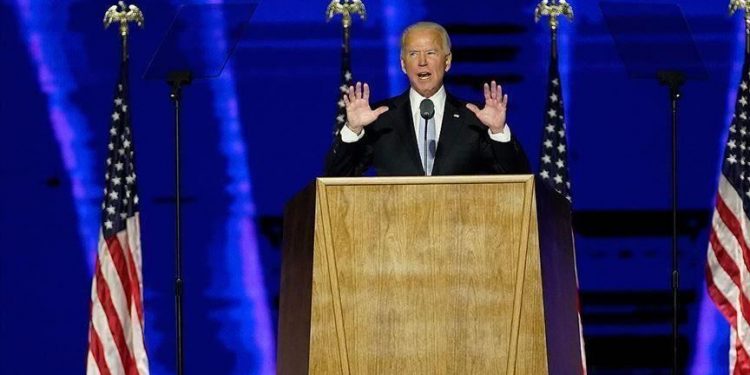 US President-elect Joe Biden introduced his Cabinet nominees and appointees Tuesday and said he is ready to confront the nation’s adversaries and not reject allies.

“It’s a team that will keep our country and our people safe and secure and it’s a team that reflects the fact that America is back—ready to lead the world, not retreat from it,” Biden said at a news briefing in Wilmington, Delaware.

Some key nominees and appointees have already been announced, with some coming Monday.

Among them are Antony Blinken for Secretary of State, Alejandro Mayorkas who will head the Department of Homeland Security, Linda Thomas-Greenfield as UN Ambassador, Avril Haines nominated as Director of National Intelligence and John Kerry as Special Presidential Envoy for Climate.

“They embody my core beliefs that America is strongest when it works with its allies,” said Biden of his nominees assembled behind him.

Blinken said the US cannot solve the world’s problems alone.

Mayorkas, a Cuban-American and first immigrant and Latino to head the Department of Homeland Security, thanked Biden and Vice President-elect Kamala Harris for the nomination.

He said the agency has a “noble mission” to safeguard Americans and he will be honored to realize the country’s “greatest hopes.”

“You have selected us not to serve you, but to serve on behalf of the American people, to help advance our security, our prosperity, our values,” said Haines, the first woman to head the intelligence community.

Biden spoke about the appointment of John Kerry, saying: “For the first time ever there will be a principal on the national security council who can make sure climate change is on the agenda in the Situation Room.”

Kerry thanked Biden for his “generous words” and said to end the climate change crisis, “the whole world must come together … All nations must raise ambition together, or we will all fail together. And failure is not an option.”

The revelation came after US President Donald Trump said late Monday he is advising his team to begin “initial protocols” for a transition to Biden’s administration.

All Cabinet nominees would have to be confirmed by the Senate to assume their roles.

Greenstreet promises to revive over 50 collapsed factories if elected President

Greenstreet promises to revive over 50 collapsed factories if elected President