Blame Akufo-Addo ‘if anything happens to me’ – Amidu 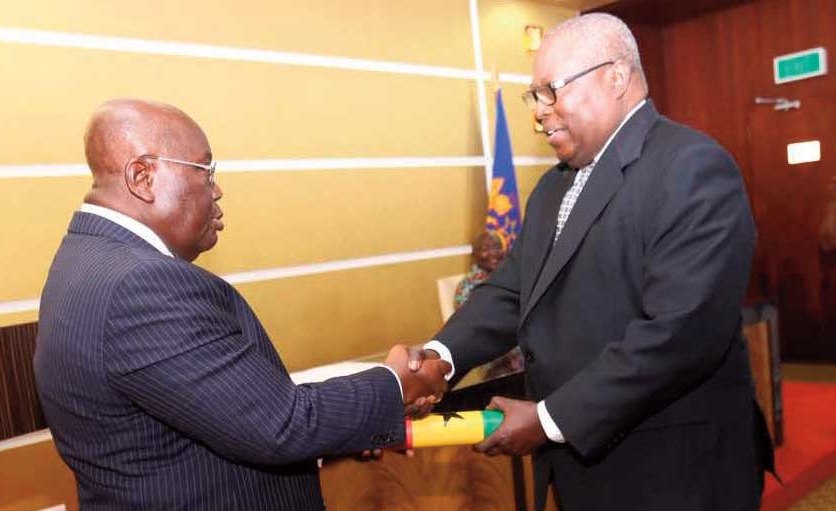 Former Special Prosecutor, Martin A. B. K. Amidu says he is convinced that his life is under threat, saying the President should be held responsible if he is harmed.

“All these threats of murdering me and burning [my] houses, I am aware…I know the persons behind it and the President will be responsible for anything that happens to me,” he said in an exclusive interview with Citi News‘ Umaru Amadu Sanda on Thursday, November 19, 2020.

Martin Amidu resigned from his position as the Special Prosecutor on November 16, 2020, after accusing government of interfering in his work.

In his resignation letter, Mr. Amidu also claimed he did not feel secure after releasing a corruption risk assessment report he did on the controversial Agyapa Royalties deal.

Amidu, in the interview with Umaru Sanda, said he decided not to engage in any media banter after resigning from office and warned that he will release more salvos if he is provoked by government apparatchiks.

“I have said that I was not going to talk to the press since my resignation. I’m being pushed by so-called responses to me which contain blatant falsehood. But I do not want anybody to blame me when I speak out and it becomes unpalatable. So, either the attacks stop or I’ll defend my integrity. It is something I won by dint of hard work from PNDC till date. So I will not allow anybody, not even the President, to pull that integrity into the mud,” he said.

The former Special Prosecutor spoke to Citi News on the back of claims by the Member of Parliament for Assin Central that Mr. Amidu had medical records from Germany which he has concealed.

Amidu, however, rejected the claims and dared the legislator to provide any contrary evidence in his possession.

“Kennedy Agyapong is known in Ghana as someone who spews lies at any person of integrity who tries to fight corruption. So I am not surprised that he stooped that low to make accusations without any foundation.”

“I have never been to Germany on any occasion and let alone for a medical check, therefore, his allegations are false. And if he has any document to the contrary, he should produce them because my passports are available as evidence,” the citizen vigilante said.

Citi97.3 · Don’t provoke me – Martin Amidu speaks for the first time after resigning as Special Prosecutor