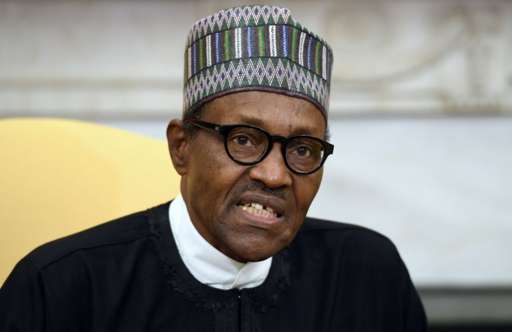 Mr. Buhari who has joined other African leaders to extend his sympathies to the country praised the ‘sterling qualities’ of the ex-president describing him as a great leader who will sorely be missed by leaders on the African continent.

Rawlings’ era as a Ghana’s President according to the Nigerian leader, will fondly be remembered given his role in fostering Africa’s peace, democracy and socio-economic development.

“President Buhari joins family, friends and associates of the former Ghanaian leader in mourning his departure, assuring that the ideas that Rawlings postulated, particularly for development in Africa, and his sacrifices in working in various countries as an envoy for peace and democracy will always be remembered”, he tweeted.

Also, Buhari noted with commendation, the unique role the former President played in strengthening political institutions in his country and Africa, stimulating the economy for sustainable growth, and vociferously championing the African cause by urging many leaders to work towards interdependency on the global stage, especially in areas of competitive advantage.

“The President prays that the almighty God will grant the Ghanaian leader eternal rest, and comfort all his loved ones”, he added.

President @MBuhari sends heartfelt condolences to government and people of Ghana over passing of the country’s former President, Jerry Rawlings, 73, affirming that the entire African continent will sorely miss the sterling qualities of the great leader.

Already, Presidents of other African countries have poured in their tributes to mourn Mr. Rawlings.

John Agyekum Kufuor, Ghana’s second president of the 4th Republic mourned his late colleague in a Twitter post asking for his peaceful rest.

The government of the Republic of Liberia has expressed its condolences to the people of Ghana.

Its President, George Weah in commiserating with Ghana said the continent will miss a great leader.

As we mourn his death, I commiserate with President @NAkufoAddo and our Ghanaian brothers and sisters. It is my prayer that God will grant President Rawlings eternal rest — as we all take solace in his achievements and contributions to the development of a more united continent.

“It is with sadness that I learned of the passing of former President of Ghana John Jerry Rawlings.
With its disappearance, Africa loses a Pan-Africanist and Ghana a man of conviction, a patriot who has been able to put his country back on the path of growth and democracy”, Burkina Faso President said in a tweet.

Meanwhile, other international officials have also sent in their well-wishes to the bereaved family.

It’s very sad to hear of the passing of #Ghana’s former President JJ Rawlings. I was fortunate enough to interact with him on several memorable occasions throughout my years in Accra.

The time for reflections will follow on this towering figure of Ghanaian life. For now, all my thoughts are with his family and loved ones.

May he rest in peace. pic.twitter.com/KORpkzRFpJ

The news was confirmed to Citi News by sources close to the bereaved family.

Citi News sources said the former President has been unwell for the past few weeks shortly after he buried his late mother, Madam Victoria Agbotui in October 2020.