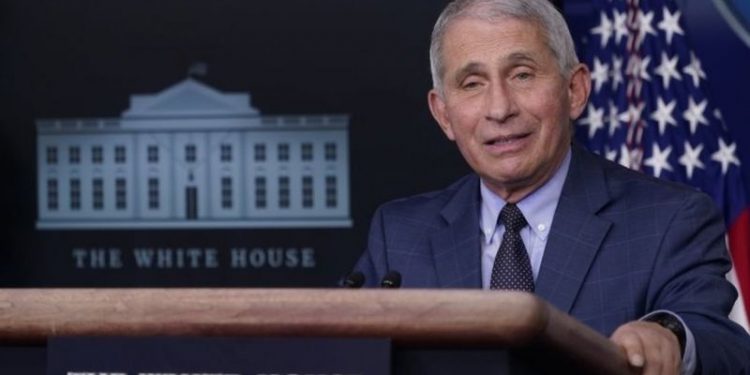 US infectious disease expert Anthony Fauci has warned that the country could see “surge upon surge” of coronavirus cases in the coming weeks.

Millions of people are returning home following the Thanksgiving holiday.

Speaking on Sunday, he said it was “not too late” for those yet to travel to help curb the virus by wearing masks and socially distancing.

The US has recorded more than 13 million coronavirus cases and more than 266,000 people have died.

As of Sunday, the number of Covid-19 cases recorded in November have surpassed four million, double the figure recorded in October.

Thanksgiving typically heralds the busiest week for travel in the US. Last year, an estimated 26 million people passed through the country’s airports in the week surrounding the holiday.

Health experts had called for people to spend Thanksgiving at home, but this week US airports marked their busiest period since mid-March.

Anywhere from 800,000 to more than one million travellers passed through US airport checkpoints on any day during the past week, according to Transport Security Administration statistics.

“There is almost certainly going to be an uptick because of what has happened with the travel,” Mr Fauci told CNN’s State of the Union.

In another television appearance, he recommended Thanksgiving travellers to quarantine for a period of time “if it’s possible”.

“Now we’re entering this post-Thanksgiving surge with three, four and 10 times as many diseases across the country,” she said. “We are deeply worried”.

Meanwhile, in New York City Mayor Bill de Blasio says schools can reopen in December, weeks after they were shut for a second time. Parents had complained that bars and restaurants were able to operate, but not schools.

And in California, Los Angeles county is imposing a new three-week lockdown from Monday, which will ban most public gatherings and limit the number of people allowed in shops at any one time.

This coming week, the Centres for Disease Control and Prevention is set to discuss the rollout of the vaccine with the Advisory Committee on Immunization Practices.

Mr Fauci said the vaccine offered a “light at the end of the tunnel”.