Farmer’s Day: A celebration of shame and neglect [Article] 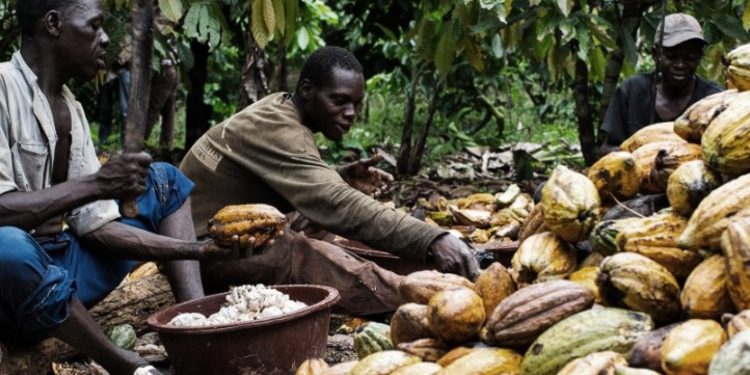 Every first Friday in December each year is marked in Ghana as Farmer’s Day. However, the celebration is moved to the first Friday in November in election years. The day is set aside to honour and to celebrate farmers and fishers for keeping the nation alive.

As many calls it a day of celebration, most farmers sees the day as a day of shame and neglect. The farmer is abjectly poor and ridden with debts. The children of the farmer grow to inherit this neglect and debt, it never gets better.

Farmers through their activities contribute 54% to the nation’s GDP and 40% of its export earnings. Farmers provide 90% of the country’s food needs, all through farms an average size less than 1.6 hectares.

The average age of farmers in Ghana is 55 years, with life expectancy averaging between 55 and 60 years. This spells doom for the livelihood and economic existence of the country. And the way out is to encourage the youth to take up farming and make farming inputs readily available. But unfortunately, that is far from being the priority of powers that be or in short, politicians and bureaucrats.

Every farming season, getting farming inputs especially fertilizer becomes a headache for the few youths engaged in the venture. What was to become a cheap and easy way of procuring fertilizer through coupons only became an avenue for few people to make supernormal and illegitimate profits at the expense of the ordinary farmer. Fuel smuggling gave way to fertilizer smuggling because it was economically viable and less stress for the few greedy and traitors of the nation. A substantial quantity of fertilizer meant for the Planting for Food and Jobs surprisingly passed customs and made its way into Burkina Faso. And at the time the farmers needed it most, it was hoarded in the storerooms of politically exposed persons.

The president in his speech said that the government has, since 2017, recruited 2,700 extension officers. It may sound disrespecting to say that is not true and that is not true. If you want the truism of this, speak to the farmers. It is either those recruited refused postings or are as the norm, sitting in offices in suit and tie. It has been four years I started owning a farm and not even in a season has there been an extension officer to my area or farm. They simply don’t exist in the methods of the farmer. Last two years were hell for most of the vegetable farmers at the Tono Dam, especially pepper farmers. A novel family of ants invaded most farms and ate the roots to the pepper plant which ended up dying. There was nobody to talk to. I called the CSIR and described the situation to them, I was made to take shots and send them to a certain WhatsApp number, and the story ended there. The methods used by our parents are different from the ones we use now. A lot of the farming practices now involves the usage of chemicals and the application of fertilizers at different stages. It is at this point we need the extension officers the most to guide us through the right application and usage of fertilizers and chemicals but unfortunately, there are none to do so. Their usage has become discretionary to the farmer. Basic knowledge such as the measuring of even weedicides is lacking in most farmers. They will pour the chemical to their satisfaction without measuring and begin spraying. This will undoubtedly have a bad effect on the parcel of cultivated land in the long run.

The welfare of the farmer is a very shameful situation. A simple scorpion bite can end the life of a farmer. Basic protective gear is a luxury to many. You need a bag or two of pepper to be able to afford Wellington boots. I have never seen a farmer wear boots, overall and a nose mask during the spraying of chemicals or application of fertilizer in my vicinity. Not that they are disobedient and won’t wear them, they simply cannot afford them. The farmer lives under constant fear of starvation and appalling conditions, unable to feed his children on a balanced diet and give them a little education, a little education! It is an achievement for many who had had their children graduate senior high school with only a few making it through to tertiary. Cocoa scholarships meant for the children of poor cocoa farmers sadly are rather handed out to rich kids who have no need for them. Go to a typical farming community, and being unable to speak the local dialect and needing someone to engage in English, you may have to wait for hours for someone who can engage you in a few syllabi to arrive from the market.

On a day like this, a holiday is given and the beneficiaries are civil servants who get not to go to work and not the farmer who is to be celebrated and appreciated. Most farmers do not know when it is Farmer’s day. They work 7 days a week with little rest. Ask 10 million farmers today and none would know it was Farmer’s Day yesterday and the theme, “Agribusiness Development under COVID-19 – Opportunity and Challenges.” would sound like Latin in their ears.

When the farmer struggles through the season successfully, getting market for the harvest is another hurdle that can only be solved through government’s intervention, buying from farmers to stock the empty Buffer Stock silos and warehouses. And the rest that could not be stored for lack of space can be converted or used in manufacturing in order to prevent post-harvest loses. I had the opportunity once to visit a friend’s cashew farm in the Nkoranza area sometimes last year, and the level of loses on the farm brought tears to my eyes. It is only the seed that is taken but the fruit goes waste. Any serious government would have found ways to make use of this vitamin-rich fruit.

He who feeds you controls you. Therefore, having food security is the surest path to development and opportunities.

The wrong people are awarded each year for their so-called hard work in agriculture. The awardees are usually persons who are into farming but not farmers. Instead of looking and going beyond to award really deserving farmers, people who hardly step leg on their farms are rather awarded. These big-time people hardly check up on the progress of the farms belonging to them. They have farm managers, supervisors and farmhands that do all the work. At the end of the year, they get recognition and are given items they do not even need as best farmers. Take this year’s National Best Farmer, for instance, Solomon Kusi, who was given a GHC570,000 cash prize which is equivalent to a two-bedroom house. This is a man who was the 2015 best farmer in his district and currently employs more than 220 workers. He has been in farming for only ten years. People died at 80 being farmers and the only people they were able to employ are their own children. He has everything already at his disposal. His award money which is equivalent to $97,770.15 could have bought three sophisticated tractors to a struggling District that could be used as trotro tractor to ease the stress the average farmer goes through to have his piece of land ploughed during the planting season. But it has rather been parcelled and given to a man who probably has two functioning tractors and three others which have broken down. It is a shame how we treat the nearly 60% that feeds us.

What happened in Techiman yesterday was not celebrating farmers but an annual jamboree of bureaucrats. They meet to create a mess and at the end, give a few among themselves medals. Knowing how difficult it is for farmers to acquire capital, create a fund or a trust that will meet the farmer at his needs. Draft a policy to bring them under a cooperative, that can get them easy access to loans and make SSNIT contributions which will take care of their retirement.

Farmers do not need this annual waste of time and state resources. What they need are; good roads to transport their harvest, the availability of farming inputs, ready market for their goods, favourable pricing, friendly legislations, better welfare services, availability of funds, availability of technical and professional advice, equal opportunity, et al

And make our nation great and strong