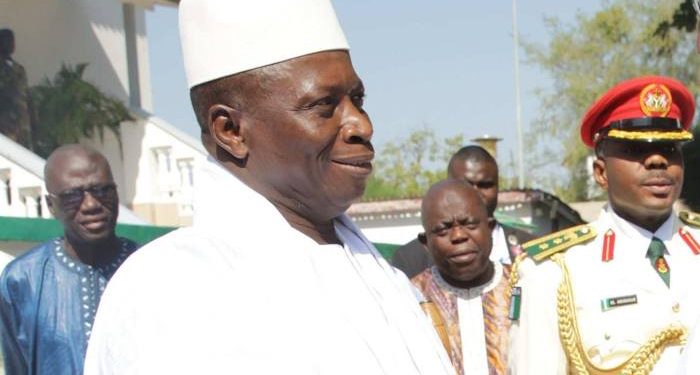 The Jammeh to Justice Coalition is calling on the government of Ghana to lead the advocacy in ensuring justice is served in the case involving the alleged killing of 44 Ghanaians in the Gambia in July, 2005.

For years, Civil Society organizations, survivors of the incident and families of the victims have made several attempts to ensure the former Head of State of the Gambia, Yahaya Jammeh is prosecuted for his alleged involvement in the killing and disappearance of some 56 West African migrants including 44 Ghanaians.

Speaking at a press conference in Kumasi, a survivor who doubles as the spokesperson for the survivors, Martin Kyere called on the leadership of all political parties to pledge their commitment to ensuring justice for the affected persons.

“We are deeply saddened that various administration of the New Patriotic Party (NPP) and National Democratic Congress (NDC) have not done much to ensure compensation for us.

“For example, our current President, Nana Akufo-Addo was the foreign minister when the unlawful things occurred and led a high-powered delegation. Former President John Dramani Mahama was the Vice President of the Republic of Ghana when the NDC administration signed a Memorandum of Understanding with the government in 2009. 500,000 dollars from the Gambia which was to be given to the family for burial was misappropriated.”

In February 2005, over forty-four (44) Ghanaians who were making their journey to seek greener pastures were stopped when they entered the Gambian territorial water.

They were arrested and charges of attempting to topple Yahya Jammeh, as President were proffered against them.

These Ghanaians were allegedly tortured and killed on orders of Yahya Jammeh who had just been President through a bloody coup that brought him to power.

I’m not pleased with WAEC over leaked WASSCE papers – Adutwum

I'm not pleased with WAEC over leaked WASSCE papers - Adutwum