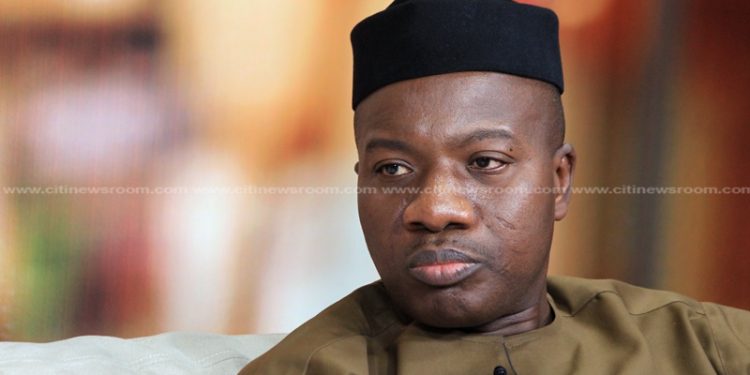 Mr. Agyapong, who took on Mr. Amidu on his NET 2 TV station over his banter with government after his resignation, suggested that Mr. Amidu may have some mental health issues and had visited Germany for treatment.

He mentioned Mr. Ayariga as his source of the information.

But Mahama Ayariga told Citi News that he has no such records on Mr. Amidu.

“Let me just put on record that I don’t have any medical records of him [Amidu] being in Germany for treatment.”

Ayariga said, when he was being investigated by Martin Amidu, “a lot of people were sympathetic and met me in the Chamber and often had conversations with me about the case. I don’t recall having a discussion with Hon. Kennedy Agyapong in which I made revelations about medical conditions and treatment in Germany. I will plead that I should be left out of the conversation”.

Martin Amidu had earlier denied the allegations, and challenged Kennedy Agyapong to publish such records, saying he has never visited Germany for any business.

“I have never been to Germany on any occasion for a medical check-up. I don’t know any German hospital or clinic and therefore, these allegations are false. If he has documents on me having gone for medical treatment in Germany, he should produce them,” Amidu said in a Citi News interview.

Amidu said his passports are available for scrutiny over the matter.

“My passports are available, I have not been to Germany,’ he emphasized adding that he rarely has any knowledge at all about the country in question let alone receive treatment there.”