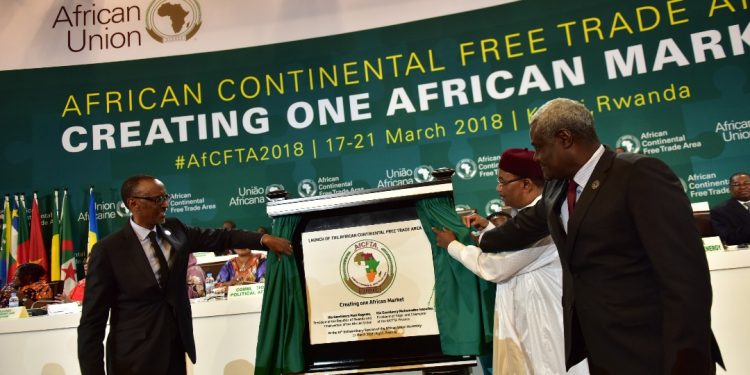 The Eighteenth Ordinary Session of the Assembly of Heads of State and Government of the African Union, held in Addis Ababa, Ethiopia, in January 2012, adopted a resolution to create, by an indicative date of 2017, a Continental Free Trade Region. However, this deadline was not reached. The Summit also endorsed the Intra-Africa Trade Boosting Action Plan (BIAT), which defines seven priority action clusters: trade policy, trade facilitation, productive capability, infrastructure relevant to trade, trade finance, etc.

Sub-regional and inter-regional trade can never be done without the active involvement of Transport because Transport is a derived demand of trade.

Transport demand is a derivative of demand, an economic concept that refers to the demand for one product or service in one field as a consequence of demand from another.

Transport customers use the service mainly because they want to access other facilities such as markets, not because of its direct benefits.

The demand for transport is about the movement of people and commodities and we travel to fulfill a need (work, leisure, etc.) and we transport goods as part of the overall economy.
Trade facilitation can only be done effectively if transport infrastructure and other transport facilities such as roads, railways, transport regulations and technology are linked in a proper way.
The AfCFTA can only work if the African Union takes up transport infrastructure and facilitation seriously. Road transport will be the major mode of transport for goods and services that will be traded across Africa but only four African countries viz Morocco, Tunisia, Algeria and Liberia have ratified the Customs Convention on the International Transport of Goods under Cover of TIR carnets (TIR Convention) which will facilitate the transit of goods to other African countries. A multilateral treaty signed in Geneva on 14 November 1975 to simplify and harmonize the administrative formalities of international road transport is the Convention on International Transportation of Goods Under the Cover of TIR Carnets (TIR Convention). TIR actuallystands for “International Road Transports” or “Transports Internationaux Routiers.”

Transit systems are designed to facilitate, to the greatest extent possible, the movement in international transport of goods under the customs seal, and to ensure that protection and the necessary customs protections are provided to transit countries. A requirement for the sound operation of such a system is, of course, that the procedures in question are neither too costly for the customs authorities nor too complicated for carriers and their agents. This is why it is important to strike a balance between the demands of both sides.

With regard to principles, the TIR framework covers four basic requirements which constitute the main pillars of the transit system:

2. Specific duties and taxes (for transit countries) must be guaranteed in the carriage process by an internationally recognized safeguard (International guarantee)

3. Goods must be accompanied by an internationally accepted TIR carnet used in the country of departure, which must serve as the control document in the countries of dispatch, transit and destination. (TIR Carnet)

4. Customs control measures taken in the country of departure must be accepted by the countries of transit and destination. (Controlled access)

The convention is the most powerful international convention to date as it aims to create an international customs transit system with the highest capacity for the movement of goods in sealed vehicles or containers; from the customs office of departure in one country to the customs office of destination in another country; without the need for extensive and time-consuming intermediate border controls.

Goods imported in compliance with the TIR procedures shall not be subject to the payment of import and export duties and taxes, nor shall they be subject to en-route inspections at customs offices. The TIR Convention was established in order to minimize the challenges faced by transport operators and, at the same time, the offering of services by customs administrations and customs authorities, an international monitoring structure that replaces conventional national procedures, while at the same time replacing traditional national procedures and efficient defense of the income of each State by which goods are transported.

For safety purposes, goods transported under the TIR procedure shall be placed in a sealed road vehicle or container and shall not, as a general rule, be subject to inspection in transit at customs or border offices.

Containers or load compartments shall be built in such a way that, when sealed by a custom seal, there shall be no access to the interior, ensuring that any tempering is clearly visible.

Seals are only broken at the final destination in the receiving country.

This will also reduce the lead times of goods shipped from one African country to the other because there will be no physical inspection of goods in transit. Businesses across the African continent will, therefore, be able to satisfy their customers.

Secondly, the International guarantee system will seek to establish National Guaranteeing Associations in all contracting countries across Africa and these associations will ensure the commitment to pay, along with any default interest, import or export duties and taxes due under the customs laws and regulations of the country in which an irregularity in connection with a TIR operation has been found. These Associations will work to ensure the prevention of loss of import/export revenues to the contracting states so that they don’t lose the much-needed import duties used for other developmental projects. The guarantee chain connecting all TIR countries, governed by the International Road Transport Union (IRU) in Geneva, constitutes all national guarantee associations. Where the laws and regulations of the contracting state do not provide for the payment of import or export duties and taxes, the guaranteeing association will undertake, under the same conditions, to pay a sum equal to the amount of the import or export duties and taxes and any default interest payable under the same conditions.

Furthermore, the TIR Carnet is an international customs document issued by the member states of the TIR Convention‘s National Transport Associations, authorizing sealed road transport shipments through their borders;

It also forms the administrative backbone of the TIR system and provides evidence of the existence of an international guarantee in respect of the goods imported, replacing all other Customs documentation. This will provide for the efficient control procedures for goods in transit. One of the main priorities, which ultimately envisages the provision of sustainable, credible and viable investment in productive and sustainable transport infrastructure and the provision of secure and multimodal mobility, is strengthening transport connectivity between African countries.

Transport connectivity within Africa can also apply to the establishment at the regional and national levels of transport networks. Only when they are linked through permanent and highly advanced transport ties will economic agreements such as the AfCFTA and their ratified nations enjoy the full benefits of the agreement.

Therefore, customs inspections carried out in the country of departure are very Important and must be carried out by a competent officer in a proper manner. Inspection of enclosed vehicles and containers is not carried out, except in exceptional situations.

Only paperwork is usually reviewed during transit.

Besides, restricted access to the TIR system is also controlled.

Issuing and guaranteeing TIR Carnets through the Administrative Committee, the National Customs Authority of the National Associations. This protects the mechanism by organized crime against fraudulent activities.

If implemented effectively within the Africa continental trade area, the TIR Convention will ensure the reduction of customs procedures at trade borders and this will reduce the lead times of goods shipped to other African countries. The implementation of the TIR convention within Africa will also reduce delays at transit borders and thereby lower transport costs for goods shipped.

This will also reduce the manpower and facilities for physical inspection and so capital investment into such ventures will be reduced drastically and also provide for the efficient control procedures for goods in transit.

The world has now become a global village and the demand for goods to be shipped across borders and continents is at its peak ever.

Therefore, road transport plays a central role in foreign trade. In every supply chain, it is the most patronized mode of transport.

The TIR program, promoted under the auspices of the United Nations, makes it widely accessible to all countries wishing to use it to alleviate supply chain bottlenecks as much as possible.

The convention adopted under the auspices of the United Nations Economic Commission proposes that the likelihood of accession to the Convention and the adoption of the TIR framework be discussed by countries worldwide, and Africa must take this seriously.

In addition, it is recommended that international, intergovernmental and non-governmental bodies, and in particular the African Union Regional Commissions, promote the establishment within Africa of a TIR system as a universal customs transit system.

The TIR Carnet is poised to deliver a more streamlined and effective road transport system with the gradual adoption of digitalized and paperless processes that will facilitate the eventual growth of sub-regional, regional and foreign trade within Africa and thus put the Africa Continental Free Trade Agreement into fusion.

The author, Dr. Evans Ago Tetteh, is Adjunct Lecturer at the Regional Maritime University, Accra. 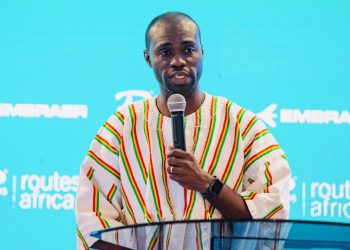 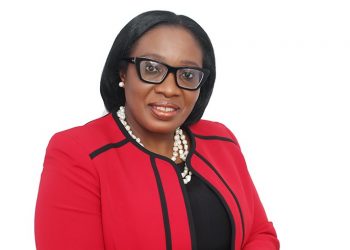 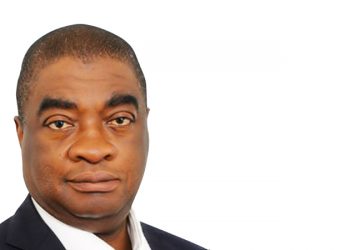