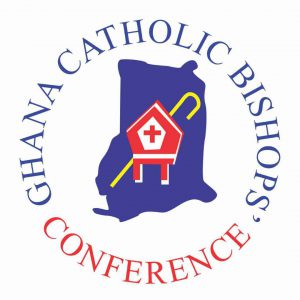 The Catholic Bishops Conference is urging Ghanaians to support the Electoral Commission as they organize the 2020 elections.

The Executive Secretary of the Department of Social Communications at the Catholic Secretariat, Rev. Fr. Dieu-Donne Kofi Davor, urged Ghanaians to trust the Electoral Commission based on the assurances of ensuring a free and fair process and play their role in ensuring that the objective is achieved.

He told Citi News that, “if we believe that with all the assurances given, the Electoral Commission is ready to ensure free, fair elections, and this is the institutions that is there to serve us, the Bishops believe that if there is no reason to doubt the assurance that they will deliver on their mandate, all we will do as a people is to ensure that we trust and give them the support they need to be able to execute their duty to the satisfaction of all of us.

The Conference in a communiqué issued at the end of their annual plenary assembly held at Adutor in the Volta Region of Ghana said it is important for the country to commit to peace before, during and after the polls to safeguard its democracy.

The Conference also urged political parties and their leaders not to make unrealistic promises as that will be tantamount to deceiving citizens.

“We call on Ghanaians to repose trust and confidence in the work of the EC throughout the period of the elections and thereafter…. We appeal once again to politicians, members and supports of the various political parties during their campaigning to avoid the temptation of making promises that they know they cannot fulfill because this amounts to deceiving the people of Ghana. We urge them to avoid hate-filled statements and expressions that elicit revenge and vendetta,” the communiqué stated.

It added, “We also call on party leaders, parliamentary and presidential candidates to conduct themselves honorably and to respect their opponents, both in their utterances and actions.”

The Conference also tasked security agencies to conduct themselves professionally and impartially and enforce to the letter the Vigilantism and Related Offences law.

“Consequently we state that the prevalence of so-called “machomen” who move about intimidating and brutalizing Ghanaian should be dealt with by the appropriate law enforcement agencies by enforcing to the letter the Vigilantism and Related Offences Act 2019. (act 999),” it further indicated.

It also called on the media to be circumspect in its reportage on the elections.