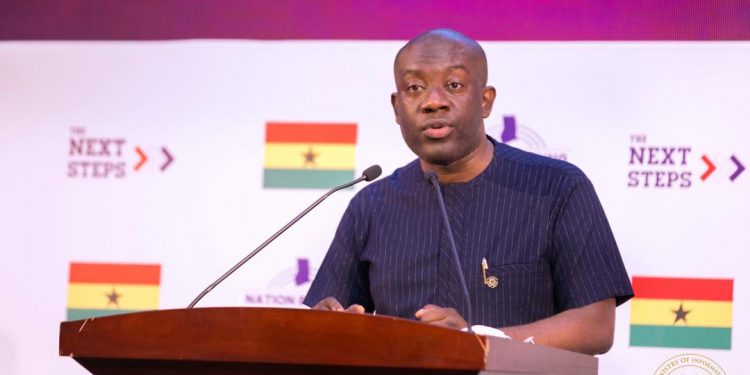 The government says it is disappointment in allegations by former President John Mahama that the activities of secessionist groups in the Volta Region are being masterminded by some security agencies.

This, the government says is not surprising as the National Democratic Congress (NDC) flagbearer lacks a campaign message for the 2020 polls.

Reacting to these allegations, Information Minister, Kojo Oppong Nkrumah urged former President Mahama to make available facts that indict any officer or state security agency as evidence to this claim.

“We are not generally surprised that he is accusing the state security agencies of being the ones behind the criminal acts by some so-called secessionists in the Volta Region. We are disappointed however that as a former commander-in-chief [of the Ghana Armed Forces], he is willing to drag into his politics the security agencies, the military and police and accuse them of being the ones who staged this attacks and not even provide any evidence.”

Kojo Oppong Nkrumah said Ghanaians must be wary of many of such claims saying the NDC will be making more of such allegations as the 2020 polls draw near.

John Mahama during a recent interview said the activities of the secessionist group including violence and the chaos instigated in the Volta Region were done at the behest of the national security infrastructure.

He alleged that the move is part of a grand scheme by the governing party, the NPP, to suppress votes in the Volta Region.

He said the government wants to intimidate people and prevent them from coming out to vote on election day.

“We don’t know what they are deploying those soldiers to the Volta Region for. Maybe to intimidate the people. The Western Togoland people who went to put sand on the Sogakope road, they are not the real Western Togolanders. They are not Efo’s (referring to Papavi) people”.