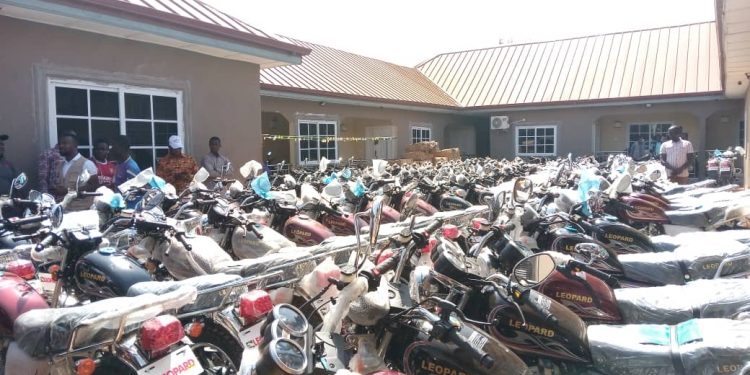 As political campaigns get to the last days of the general elections, the Northern Regional Chairman of the New Patriotic Party (NPP), Mohammed Samba affectionately called Chairman Pre Finance has donated 418 motorbikes to the party’s electoral area coordinators in the region.

The gesture according to the chairman is to help the constituency executives to be able to mobilize people to come out to vote on the election day.

He said, the NPP party has done a lot for Ghanaians and deserves to be awarded.

Chairman Samba and the NPP in the Northern Region have an agenda called “Agenda 15 seats” where it is targeting to win 15 out of the 18 seats in the region.

At the donation ceremony, the Northern Regional Chairman said, the electoral area coordinators are to use the motorbikes on the election day to help bring the people to vote. 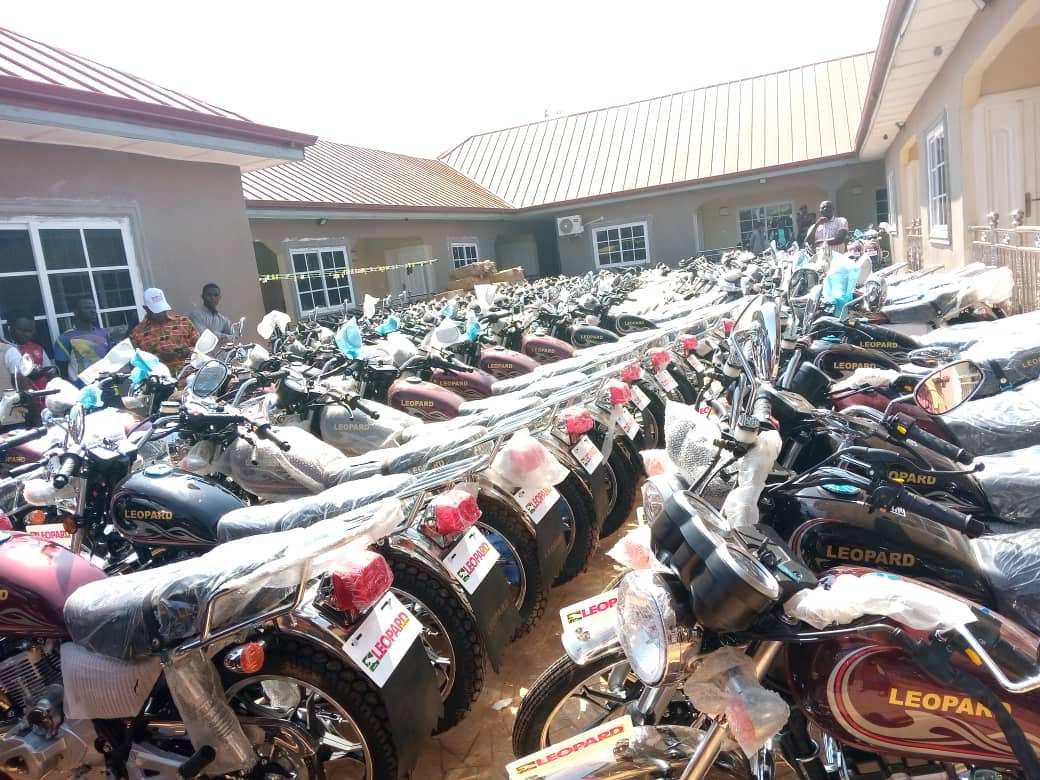 “Looking at what the NPP has done, we have done a lot like a party, and we need to mobilize the people to come out and vote. In the Northern Region, we have an agenda called “Agenda 15 seats” and we need to bring the people out”.

The Northern Regional Chairman further called on the electorates in the region to punish the flagbearer of the NDC, John Dramani Mahama by voting against him on December 7 and rather vote massively for Nana Akufo-Addo and the NPP for restoring peace in Dagbon. 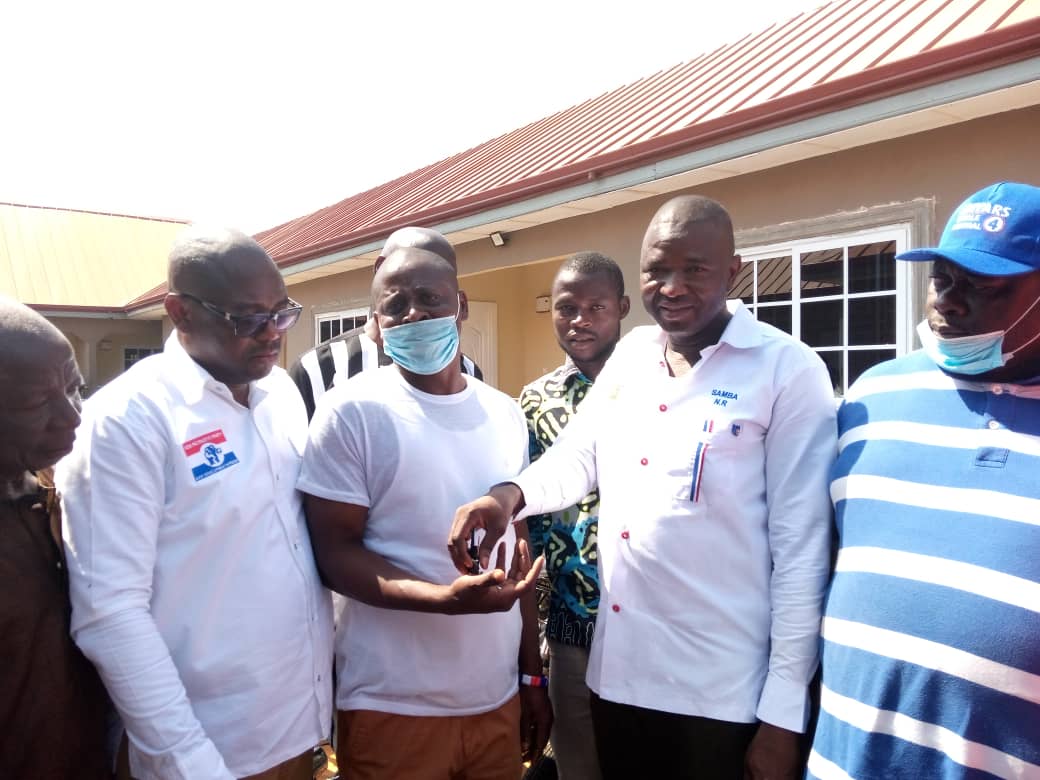 He said the NDC in 2009 told Dagombas that if voted for, within two years, they would find the killers of the late Yaa-Naa.

But eight years in government, no single person was arrested, but in 2016, when Nana Akufo-Addo won, within two years, peace is restored in Dagbon. 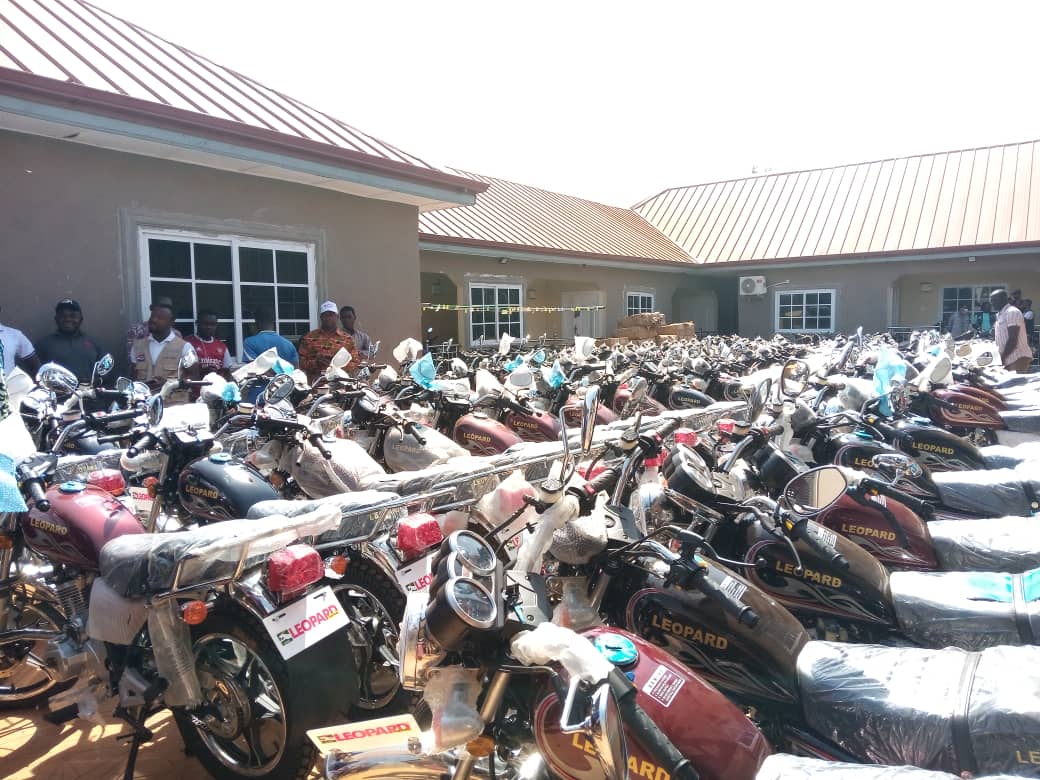 He has therefore called on the people of the region to vote massively for Nana Akufo-Addo as a sign of appreciation.

“I want to call on my people to punish John Mahama and the NDC by voting against them. They should rather show appreciation to Nana Akufo-Addo for restoring peace in Dagbon as a show of appreciation”.

The Regional Communication Director, Sule Salifu was emphatic this is the first time a regional chairman of the party in the region has resourced the electoral area coordinators with this support.

He was hopeful that Chairman Samba fulfilling his earlier pledge will further enhance his chances of winning the 15 seats and urge every member of the party to work hard to get Nana Akufo-Addo a first-round victory with majority in Parliament.