NDC to organize ‘Probity and Accountability’ march to honour Rawlings 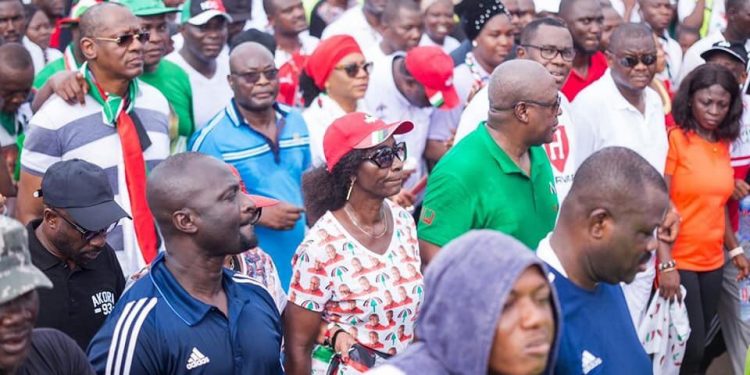 Leadership of the National Democratic Congress (NDC) says it will organise a “Probity and Accountability” march on Thursday, November 26, 2020, to honour its founder Jerry John Rawlings who passed away last week.

The NDC says the march will be held in conjunction with other political parties, Civil Society Organizations (CSOs) and other groups which identifies with the ideals of ex-President Rawlings.

This was contained in a press statement signed by General Secretary of the NDC, Johnson Asiedu Nketia.

“The National Democratic Congress (NDC), wishes to inform the public that it will, in conjunction with other Political Parties, Civil Society Organizations (CSOs) and all progressive forces embark on a Probity and Accountability March, in honour of the memory and legacy of the Founder of the party and Ghana’s 4th Republic, Flt. Lt. Jerry John Rawlings.”

“The march is scheduled for Thursday, 26th November 2020 in Accra and is intended to rekindle the principles of probity and accountability which were zealously championed by Flt. Lt. Jerry John Rawlings, but have come under serious threats, as evident by recent developments in the country.”

The party further said it is time for Ghanaians to rally and respect the “principles of probity and accountability enshrined in the 1992 Constitution of Ghana, even as the nation prepares for the December 7 Polls.”

Meanwhile, the NDC has called on members of the governing New Patriotic Party to join the march.

“The NDC kindly invites all its teeming supporters, Political Parties including the ruling New Patriotic Party, CSOs and the public to join in this march, which is a befitting tribute to the memory of Ghana’s foremost anti-corruption giant.” 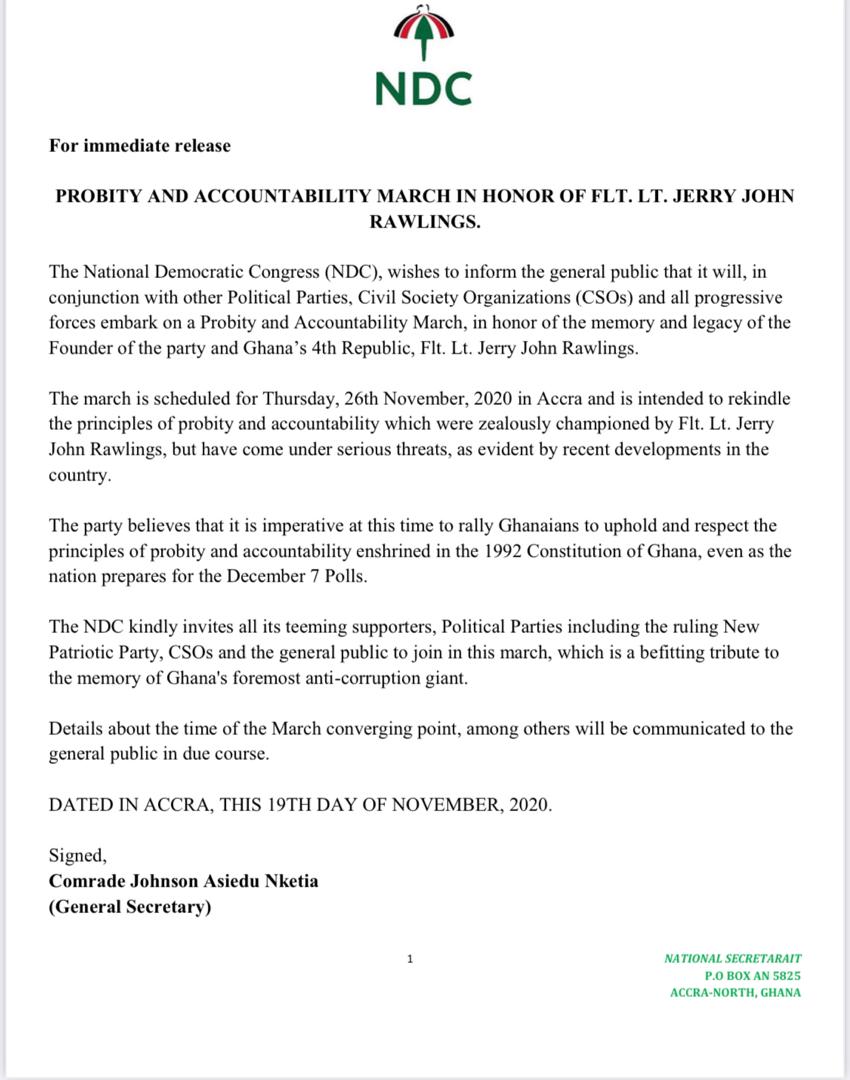 The party on Sunday, November 15, 2020, held a vigil in honour of the memory of the late Former President.

The vigil was the first major activity undertaken by the party to remember its founder.

The event saw different leaders of the party, addressing the large gathering clad in red and black.

Also in attendance were Zanetor Rawlings and Kimathi Rawlings, children of the former president.

He died at the Korle Bu Teaching Hospital where he was receiving treatment for ill-health.