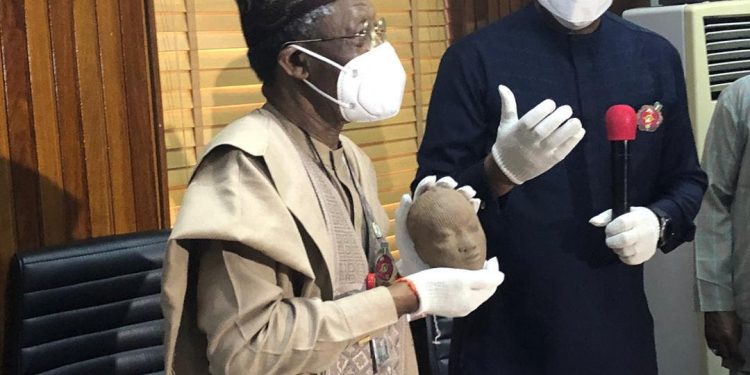 The Netherlands has returned to Nigeria a terracota head, thought to be at least 600 years old, after it was intercepted at the Schiphol airport, in Amsterdam, in 2019.

The artefact from the ancient Ife city in south-western Nigeria was smuggled to Netherlands through Ghana using a forged document, according to a statement from Nigeria’s ministry of culture.

The Nigerian government won a case in Netherlands against the suspected smuggler and was allowed to regain possession of the artefact.

The Netherlands ambassador to Nigeria attended the handover ceremony on Thursday.

Nigeria’s Culture Minister, Alhaji Lai Mohammed, said the repatriation of the Ife head “marked a milestone in Nigeria’s efforts at pursuing the return of the country’s antiquities”.

The artefact would be taken for cleaning and treatment before its eventual display to the public, the minister said.

US election: Trump signals he is prepared to leave White House