News of Rawlings’ death came to me as a thunderbolt – Kufuor 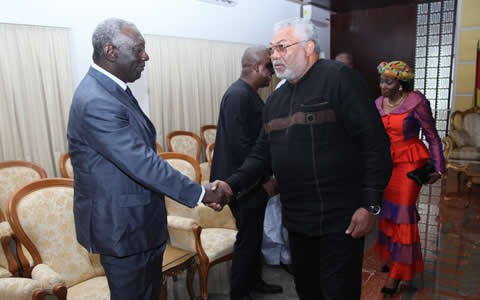 Former President John Kofi Agyekum Kufuor says he was shocked at the news of the death of ex-president Jerry John Rawlings.

He said the unfortunate news hit him like a “thunderbolt”.

According to him, even though he and Mr. Rawlings disagreed on a number of issues concerning the state, he felt Mr. Rawlings tried to do his best for the nation.

“President Rawlings was the longest-serving Head of State since our nation’s independence in 1957 and even though we didn’t agree with each other on many matters of state, I felt that he was trying to do the best he knew and could, under his peculiar circumstances.”

He added that “History would give him [Rawlings] a balanced place in the annals of our nation.”

Former President Kufuor made these comments in a statement on Friday, November 13, 2020, to commiserate with the family of Mr. Jerry John Rawlings. 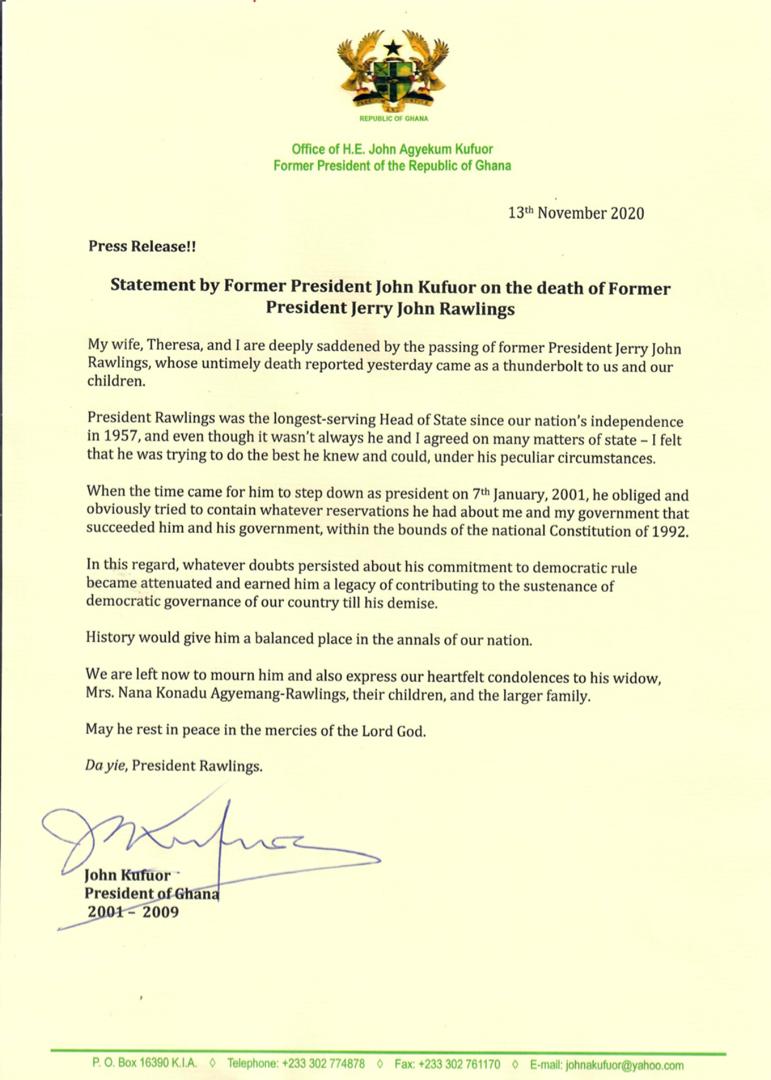 Tributes have been pouring in ever since the unfortunate news about the passing of the late former president came to the fore.

He also said news of President Rawlings’ passing has left him extremely disturbed and saddened.

“I was given this information this morning when I arrived at the office. I find it hard up to now, to really assimilate this information. This is a man with great vitality, dynamism and energy,” he said.

“He and I had a tempestuous relationship…I believe that we came to see value in each other by the end. I am extremely disturbed and saddened by his passage,” Akufo-Addo added.