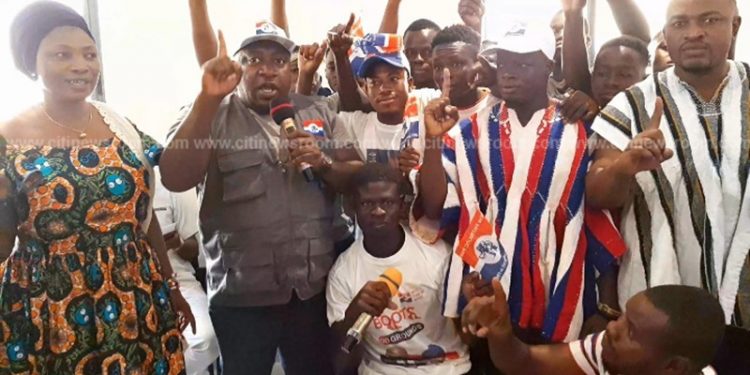 The governing New Patriotic Party (NPP) says it will make history in Bole-Bamboi in this year’s election.

According to the National Youth Organiser of the party, Henry Nana Boakye, popularly known as Nana B, the party will win the Bole-Bamboi seat for the first time.

The National Youth Organiser of the NPP was in Bole to interact with supporters of the party in the constituency to round his tour of the Savannah Region.

Whilst in Bole, Nana B welcomed the group of young people who said they were members of the opposition National Democratic Congress (NDC) to the NPP.

The group, led by Alhassan Anas said they decided to leave the NDC because they have been neglected after working hard for the party in previous elections.

An excited Henry Nana Boakye said, “the NPP is a welcoming party and they should be assured that they will be treated like every NPP member”.

He said the NPP is on course to win in the backyard of John Mahama as NDC leader for the first time since 1992.

According to Nana B, “the party’s parliamentary candidate, David Sei Demah is poised to win the Bole-Bamboi seat for the NPP on December 7”.

He called on the youth of the constituency to work 18 times more than they have done already to annex the seat.

The Savannah Regional Youth Organiser of the party, Mr. Mahama Akati said “Nana Akufo-Addo and the NPP have more projects in Bole-Bamboi than the NDC and John Mahama”.

Other speakers included the DCE for the area, Veronica Alele Heming, and David Sei Demah, the parliamentary candidate.

Bole-Bamboi MP appeals to constituents to renew his mandate