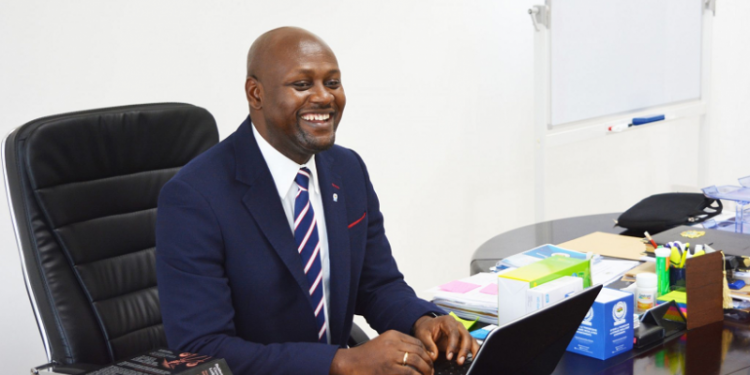 Not too long ago, I remember so many Ghanaians superstitiously falling for the idea that only Johns could be elected President of Ghana in the 4th Republic.

Of course, as it turned out, Nana is not named John but has gone on to not only win the Presidency but has already become a historically consequential and effective one at that, in just his first term.

One can be excused to even believe that Nana breaks the mould when it comes to these coincidences.

In fact, in the US, for a long time, it was a common belief that no one could win the Presidency there without winning the Bellwether State of their Electoral College system – Ohio.

That belief ended, of course, when President Bill Clinton shattered it in the 90s.

Then the belief changed to that of, no Republican can win the Presidency without winning Ohio. Today, that also is on track to an end, as President Trump won Ohio but is about to lose the Presidency.

With all due respect, Nana stands tall on his enviable record as President of Ghana.

He is globally acclaimed and has been rated by some as the very best among his peers in Africa, within just his first term.

So, Nana will not win or lose on mere happenstance with any country’s election outcome, based on a very different kind of leader and that country’s internal dynamics.

The outcome of Ghana’s recent past elections and that of the US, has been mainly coincidental because both countries have two major parties, which tend to reign two terms at a time.

Like all coincidences, that trend will not last forever and, I am confident that this year, the coincidence will end.

Working with his extraordinarily effective Vice President and great Elephant Family – the NPP, Nana Addo has offered Ghana credible & trusted leadership, proven by successfully implementing Free SHS, effectively managing Covid-19, creating so many jobs through effective economic management that has led to much hiring of Nurses, Teachers and through 1D1F, NABCO, etcetera.

So many messes with regard to the banking sector, insolvency of the NHIS, restoration of cancelled life-changing allowances for nurse and teacher trainees, etcetera, have been accomplished in just 4 years

Furthermore, Nana is building up or rebuilding our Railways and other critical infrastructure in health, roads, interchanges, etcetera, building more of them and at much lower costs than the previous government, for sustainable growth

Nana clearly deserves four more to do more for you in Ghana, based on his conduct and record.

For those with little credibility from their time in government, now putting their faith lazily on coincidences, I wish them sweet dreaming only about the history of coincidences.

While dreaming, they can look to whichever election recent results they want to look at for inspiration, from Nigeria via the Ivory Coast to the USA.

Once back to reality, I am sure we will all realize that Ghanaians will vote based on who is best for their future and not on what happened anywhere else.

The author, Prince Ofosu Sefah, is a Deputy Director-General in charge of operations at the National Communications Authority (NCA)

In 2010, he, together with Former NPP UK 1st Vice Chairman – Richard Dombo and now the CEO of the Railway Development Authority, founded one of the longest-serving and most global forums for key NPP people worldwide, called Patriotic Forum.

Mr Sefah is known to be visionary, hard-working and, a passionate advocate for collaboration among NPP’s External Branches.

He is also President of the Diaspora Patriots in Ghana’s (DPG).

In the second quarter of 2019, Mr. Sefah got around to bring together a few people, most especially Mr. Matthew Kyeremeh and Mr. Ernest Justice Ampong, to help found what has now become a registered NPP-affiliated organization, called Diaspora Patriots in Ghana Foundation (DPG).