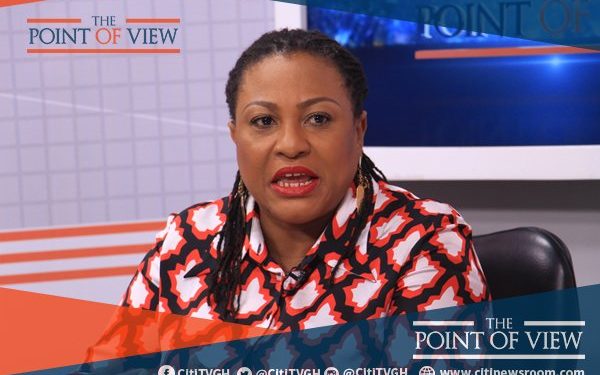 The Chairperson of the National Commission for Civic Education (NCCE), Josephine Nkrumah is demanding urgent action from the Electoral Commission (EC) in relation to persons who are not aware of the absence of their names on the voters’ register.

According to her, over 16,000 persons whose names have been expunged from the register may not be aware of the fact that they cannot vote on Election Day.

This situation she says can cause chaos at polling centres.

Josephine Nkrumah made these remarks at a special sitting of Parliament with critical state institutions on the 2020 polls.

“A lot of these names, about 16,000 of them are not even aware that on the day of voting they will get to the polling station and most likely be turned away. What we do at that critical time is of utmost importance,” she said.

The Electoral Commission in October indicated that it has deleted some 30,000 names from the voters’ register.

The affected persons are said to have engaged in multiple registrations or were challenged and not cleared by the various district review committees.

16,000 of the deleted names were found to have registered multiple times hence will not be allowed to vote in the upcoming elections while the other 14,000 were put on exception list by the EC.

The Public Relations Officer of the EC, Sylvia Annor, in explaining what the different lists meant said;

“The names of about 30,000 registered voters have been deleted or expunged from the provisional voters’ register because they are either on the exceptions lists or the multiple lists. The multiple list is made up of names of all those who engaged in double registration during the voter’s registration exercise.”

“The exceptions list is made up of registered voters who were found guilty by the district registration review committees at the various district levels. They were challenged probably because they were under 18 years, non Ghanaians, or gave wrong locations. During registration, we went offline, so we did not detect immediately,” she added.