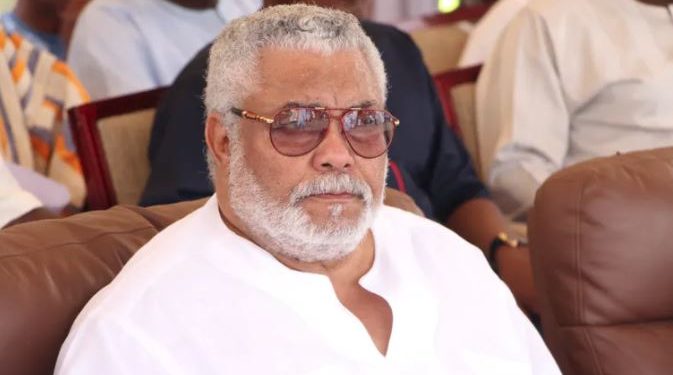 The second phase of Ghana’s post-colonial history – from 1981 – is intensely controversial, centering on Jerry Rawlings himself. Jerry John Rawlings Facebook

In a statement, the group noted that, the death means the continent has lost an icon “who spoke his truth and fearlessly defended Africa”.

Meanwhile, other international officials have also sent in their well-wishes to the bereaved family.

The former President died at the age of 73 after a short illness.

Already, Presidents of various African countries and the world are pouring in their tributes to mourn the former President.

The Government of the Republic of Liberia has expressed its condolences to the people of Ghana.

Its President, George Weah in commiserating with Ghana said the continent will miss a great leader.

“It is with sadness that I learned of the passing of former President of Ghana John Jerry Rawlings.
With its disappearance, Africa loses a Pan-Africanist and Ghana a man of conviction, a patriot who has been able to put his country back on the path of growth and democracy”, Burkina Faso President said in a tweet.

Here is ADDI’s full statement on the passing of Mr. Rawlings

“We are deeply saddened by the sudden death of our beloved former President of the Republic
of Ghana, President Jerry John Rawlings.

Our deepest sympathies go out to not only his family but also the Ghanaian citizens and the rest of Africa.

Africa has lost an icon, a powerful leader who spoke his truth and fearlessly defended Africa.

May the good Lord put him in a special place where he will always watch over our beloved Continent of Africa and her children.

Words may not suffice to express our heartfelt sorrow.

On behalf of the African Diaspora, please accept our sincere condolences.

Our beloved President, may your soul rest in eternal peace. You will be missed dearly.”