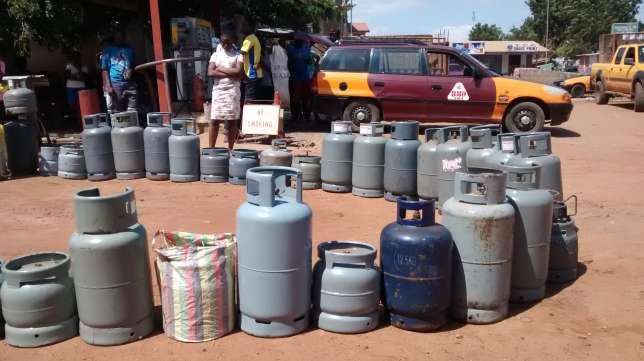 The Ministry of Employment and Labour Relations has held a crunch meeting with the leadership of some groups within the country’s downstream fuel sector following a sit-down strike declared by the Gas Tanker Drivers Union (GTDU).

Members of the Gas Tanker Drivers Union laid down their tools on October 29, 2020, thus causing a nationwide shortage of LPG at the various filling stations.

Several persons seeking to purchase LPG for domestic and commercial purposes were stranded at the various vending points across the country on Saturday, October 31, 2020.

Meanwhile, a statement from the Ministry of Employment after an emergency meeting on Sunday, November 1, 2020, noted that the gas tanker drivers have resumed work with immediate effect “as government takes steps to resolve the matter with all the urgency that it deserves”.

“While the Hon. Minister [of Employment] is grateful to the workers for accepting to go to work, we urge all stakeholders to stay calm until the matter is conclusively resolved in the shortest possible time,” the statement added.

Below is the full statement from the Ministry 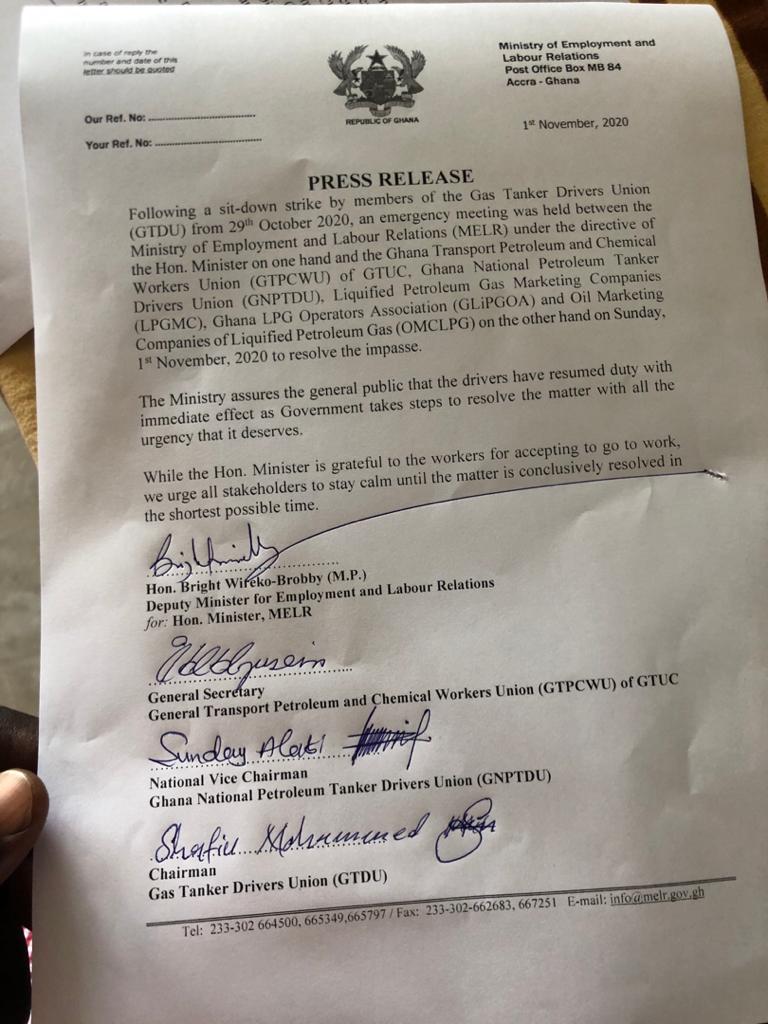 Fuel Tanker drivers have been in the news in recent times following concerns over the conditions and other issues.

Fuel tanker drivers recently held a press conference demanding government’s intervention on issues confronting them failure to which they threatened to lay down their tools.

They among other things complained about police harassment at checkpoints and NPA’s lack of adherence to a 2017 memorandum of understanding signed by stakeholders on condition of service for tanker drivers and their mates.

They also complained about the non-compliance of transit losses and the refusal of the depot operators to abide by the 20 degrees Celsius loading temperature requirement.

Fulanis in Ghana call for respect and recognition at annual celebration