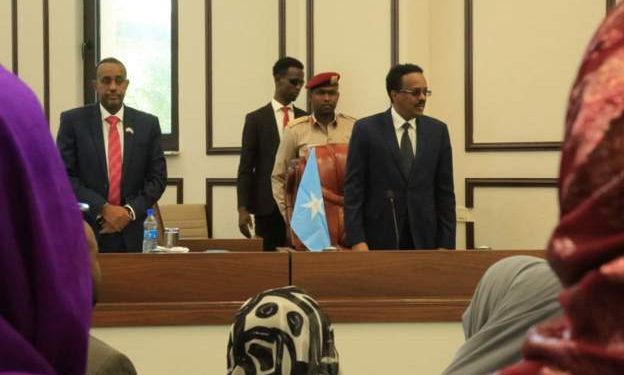 The Somalia government has recalled its ambassador to Kenya, Mohamud Ahmed Nur Tarzan, accusing the country of political interference.

Somalia has also asked the Kenyan ambassador to Somalia, Lucas Tumbo, to leave the country “for consultations”.

Somalia accuses Kenya of pressuring Jubbaland federal state to reject an electoral agreement reached on 17 September, on the forthcoming elections set for next month.

“The government took this decision while preserving its national sovereignty after it appeared that Kenya was deliberately interfering in the affairs of Somalia, particularly Jubbaland,” Mohamed Ali Nur, permanent secretary of the Ministry of Foreign Affairs, said in a statement.

“The [government] expresses its regret in the government of Kenya’s overt and blatant interferences in the internal and political affairs of the Federal Republic of Somalia which has the potential to be a hindrance to the stability, security and development of the entire region,” the statement said.

Kenya backs the administration of Ahmed Mohamed Islam better known as “Madobe” in Jubbaland, because of its own security and regional interests.

Kenya has its troops under Amisom deployed in Jubbaland together with Ethiopia, and has been keen to have the region, which stretches right along its 700km (430 mile) border with Somalia, as a buffer zone against militant group al-Shabab.