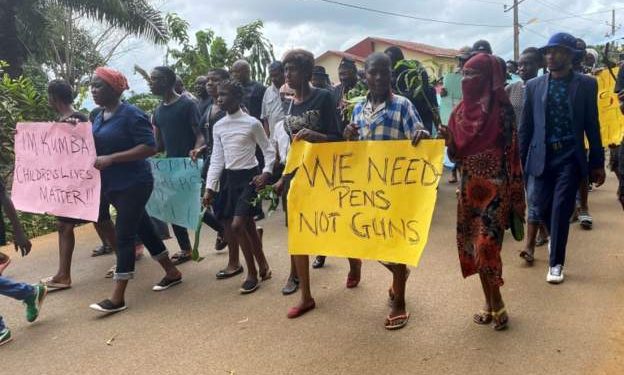 Gunmen have attacked a school in the coastal city of Limbe in south-west Cameroon.

A senior official at the school, who spoke on condition of anonymity, said the attackers forced students and teachers to undress before beating them up and molesting some of them.

They then set parts of the school building on fire.

The attackers, numbering about 20, stormed the school at about 8:00 local time on Wednesday.

Eyewitnesses said the security force’s Rapid Intervention Battalion arrived at the scene after the attackers had fled.

Schools in Cameroon’s restive Anglophone regions have come under attack recently by unidentified gunmen. The government accuses separatist fighters of carrying out the attacks.

The latest attack comes barely 24 hours after gunmen kidnapped 11 teachers in a Presbyterian school in Kumbo city in the north-west.

The burial of the seven students killed in a secondary school in Kumba city in the south-west on 24 October is due to be held on Thursday.